Limerick votes to abolish the Seanad 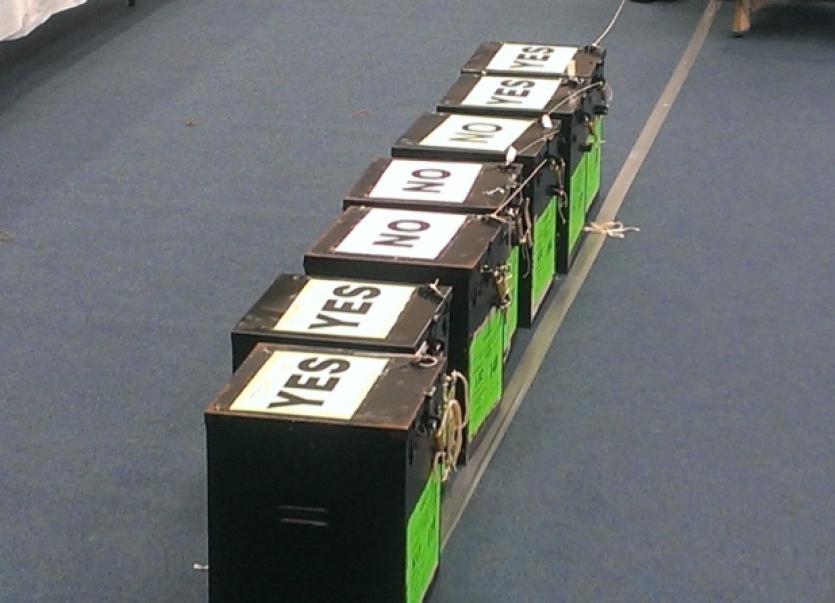 Voters in Limerick have voted in favour of abolishing the Seanad.

Voters in Limerick have voted in favour of abolishing the Seanad.

In the Limerick city constituency, the margin in favour of the Seanad Referendum was 52.72% compared to 47.28% against.

Meanwhile in the Limerick constituency, the margin was just 221 votes with 50.45% of the electorate voting in favour of the referendum and 49.55% voting against.

According to the official results, almost 50,000 people went to the polls in the two Limerick constituencies yesterday, representing a turnout of just over 38%.

However, despite the results in Limerick, nationally, the Seanad referendum has been rejected.

Speaking at the count centre at the UL Arena this afternoon, Kilfinane-based senator, James Heffernan, said there are number of reasons why it was defeated.

“Very simply, I don’t think the people were prepared to be lied to anymore. I think the failure of the campaign of those proposing the abolition was the spurious saving of €20m. I mean that was found out to be a con early in the campaign and they tried to stick with it,” he said.

Minister-of-state Jan O’Sullivan and Deputy Kieran O’Donnell have both said the Seanad shouldnow be reformed,

Meanwhile, the Court of Appeal referendum has been passed by voters in Limerick by a margin of two to one.

The final result in Limerick city saw 66.2% of people vote in favour of establishing the new court while 33.8% voted no.

In the Limerick constituency, the margin was 61.4% in favour with 38.6% against.