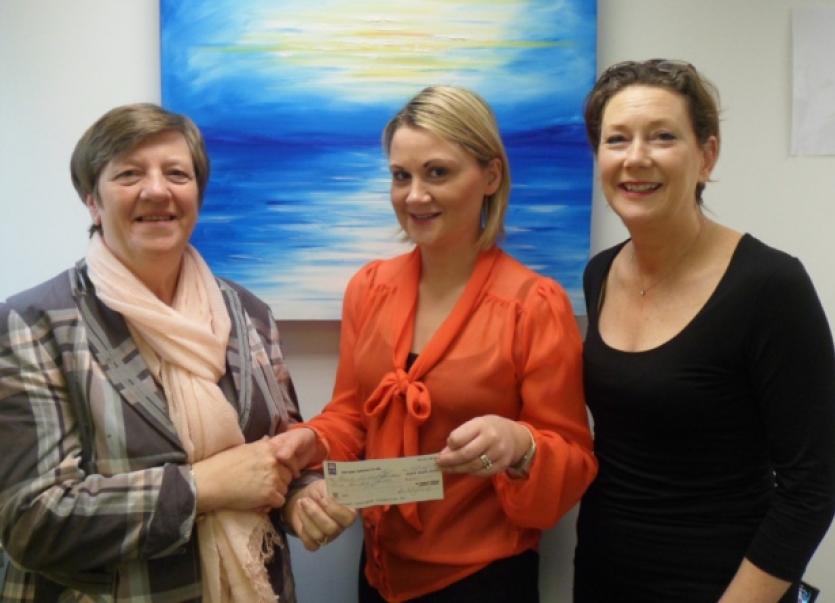 A COUNTY Limerick woman who has collected over €70,000 for cancer services has been named the Limerick Person of the Month.

A COUNTY Limerick woman who has collected over €70,000 for cancer services has been named the Limerick Person of the Month.

Jessie Griffin from the Old Mill, Bruree, was first diagnosed with breast cancer in 2001.

On the day she finished her chemotherapy and radiotherapy, she returned home to find that her mother had been diagnosed with breast cancer. Alice was 81 at the time and was living with Jessie.

Jessie’s only child, David, was only eight when she was diagnosed. “It was awful and my mother was at home, an elderly lady. It was a roller-coaster. I was very sick with chemo but thank God things have improved dramatically in those 13 years. We have radiotherapy in Limerick now which is great.”

That day she returned from hospital, Jessie swore that if she and her mother were alive in a year, they would do something to raise funds for cancer care. Alice beat cancer and lived for another nine years until 2010 when she passed away from symptoms of old age.

In 2005 however, cancer returned to Jessie.

“I got sick again with a different type of breast cancer,” she recalled.

“It was a post-menopausal cancer. I didn’t need to have chemo and radium the second time – I just took tablets for five years and I had radical surgery. I had both my breasts removed at the one time. It was because I was being monitored so well that it was picked up so early.”

Jessie didn’t have reconstructive surgery. “I couldn’t face it,” she said. “I never even thought about it. But nowadays, luckily, the prostheses are fine. You don’t even realise that you don’t have breasts. They heat to body temperature. There is a lady in Ballyneety, Pauline Conway, and she does fabulous underwear. You wouldn’t notice any difference. She does bras with camisoles so if you have a scar, it’s not seen.”

Jessie’s fundraising began with a dance in Ardpatrick. “We would sell tickets for €5 and have a good raffle and a good auction. The first year we might have made €3,000 but by the end we were making up to €8,000,” she explained.

“I acquired a Munster jersey which we sold lines for and we made €11,500 on that. The person who has done all this fundraising with me is Mildred O’Dea from Bruree.”

The proceeds from the first two dances went to St Luke’s Hospital and more proceeds went to Milford Care Centre, and St John’s Hospital in Limerick where Alice and Jessie were treated. “St John’s Hospital would have got in excess of €40,000. They would have got the bulk of it over the years,” said Jessie who is the activities co-ordinator in Beech Lodge Care Facility in Bruree. She is currently recuperating after having surgery on her knee.

When Alice celebrated her 90th birthday, the 170 guests made donations, raising approximately about €3,000 for St John’s.

Then there was Jessie and her husband, Dick’s, joint 60th birthday party this year which also doubled up as their 30th wedding anniversary which raised approximately €4,000 for the lymphedema and breast unit at University Hospital Limerick.

Jessie is hoping that by openly speaking about her experience, women will be more conscious of the signs and symptoms of breast cancer and check themselves regularly. “I would encourage young women especially, to check themselves,” she said. “It’s only half an hour out of your life. If you notice anything different, go to a doctor.”

In Jessie’s case, the cancer was diagnosed after she went for a smear test.

“The nurse said to me that the doctor was excellent at checking breasts so it was pure chance that I got checked. Early diagnosis can save a life,” she said. “I’m alive and kicking, 12 years later.”

The Limerick Person of the Month is sponsored by the Limerick Leader, media agency Southern, and the Clarion Hotel.