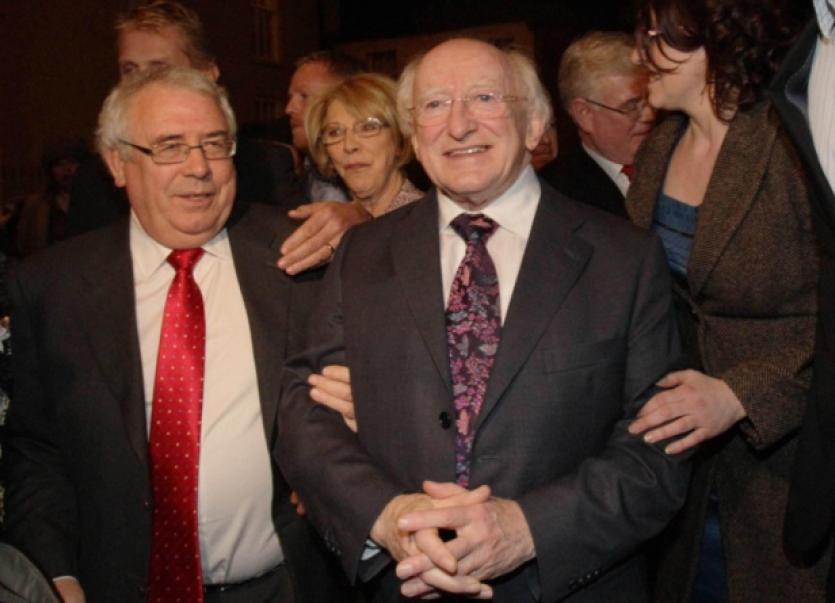 A POLITICAL confidant of President Higgins believes he would be receptive to being granted the Freedom of Limerick.

A POLITICAL confidant of President Higgins believes he would be receptive to being granted the Freedom of Limerick.

But Minister of State Joe Costello said he wished to stay out of “local Limerick politics” after a row between Fine Gael and Labour members jeopardised plans to award the president Limerick’s highest civic honour.

Discussions have been going on to make President Higgins a freeman of his native city since 2011. Such meetings are held behind closed doors to avoid any potential embarrassment. But the unravelling of a mayoral voting pact between the parties last month has seen the office of president dragged into a political row.

“We can break agreements too: it is part of the joys of life. I know I am breaking protocol here - but I need to say to Labour: you shafted us, now we are going to shaft you,” Fine Gael’s Cllr Jim Long said, explaining why he was withdrawing his support.

In bringing the proposal out into the open, Labour’s Cllr Tom Shortt accused Cllr Long of dealing it “a mortal blow”, branding Fine Gael’s man “a disgrace”.

But Minister Costello indicated all hope might not yet be lost, saying: “I wouldn’t like to get involved in local Limerick politics in any way but I can say that the president is doing a fantastic job and any honour that the city of Limerick wished to bestow on him I think would be very welcome.”