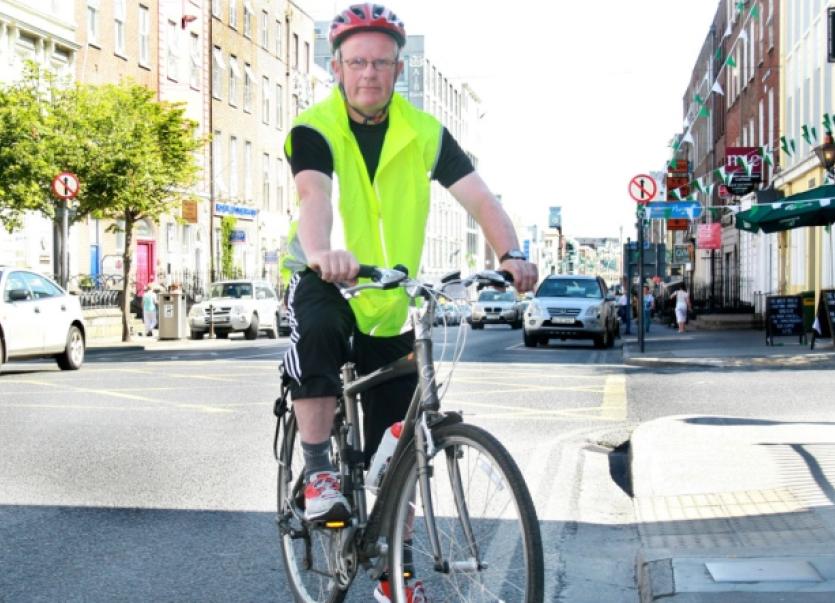 A LIMERICK cycling instructor has supported the Government’s new proposed regulations which will allow gardai to impose fines for cyclists who break a red light, cycle on the footpath and overtake dangerously.

A LIMERICK cycling instructor has supported the Government’s new proposed regulations which will allow gardai to impose fines for cyclists who break a red light, cycle on the footpath and overtake dangerously.

Transport Minister Leo Varadkar is set to implement minimum €50 on-the-spot fines for negligent cyclists, which must be paid within 56 days.

Cycling Safety School Mid-West instructor John Clancy, Ballybrown, said he supported the minister’s plans to introduce the new legislation by the end of the year, but said fines shouldn’t be imposed straight away.

“It would be a good idea to bring it into Limerick. There should be an early approach, like a cooling period, where cyclists are pulled over and told of their offences, and then sanction repeat offenders,” he said.

Though it may encourage cyclists to be more careful on the road, he said it is no different to any other enforced laws that are consistently broken by daily drivers.

“It’s like people don’t wear seat belts, even though they should, and people still use mobile phones even though they can be sanctioned. It’s in human nature. Likewise, they’re called footpaths for a reason, but cyclists still use them. And, similarly, bus lanes are for buses, but you would still get a car driving through,” he explained.

Mr Clancy, who teaches chldren the dos and don’ts when cycling on the road, said drivers and cyclists still need to have the knowhow when the regulation becomes enforced. One example of a safe system that still manages to fail, he said, is the cycle lane.

“There is no 100% fool-proof with cycle tracks. Even if the facilities and rules are provided, the drivers and cyclists still need to be educated.

“The RSA ads, they are fairly informative, but people do not pay much attention to them. There needs to be more ad campaigns. A good cyclist will be a good driver and, likewise, a bad cyclist can be a bad driver.”

Mr Clancy, who works as a sole trader, said though the new legislation will make cyclists and drivers more aware and careful on the road, the fines will not deter people from cycling and will encourage them more.

The idea to introduce the new fines came about after talks with gardai and the Road Safety Authority, which should be fully implemented later this year, or early 2014.