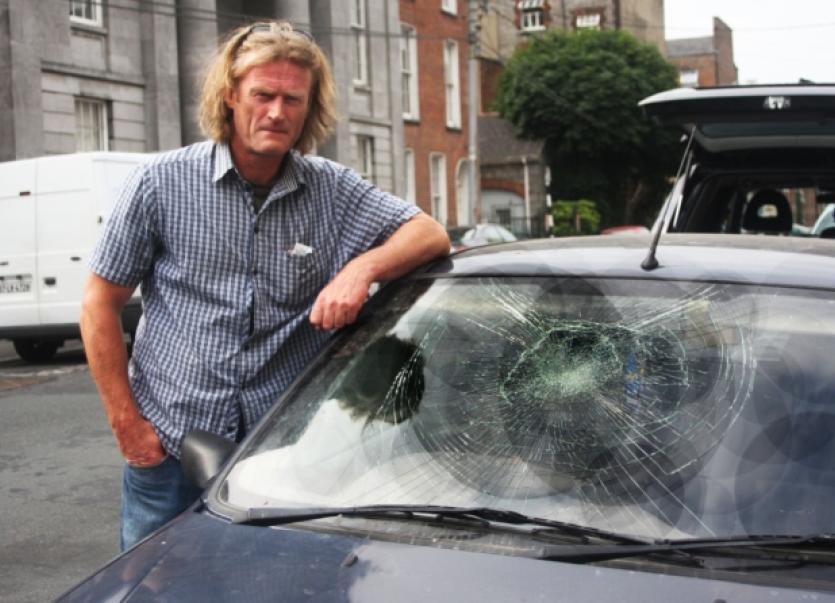 GARDAI are appealing for information after a number of vehicles were damaged by vandals near the city centre during the weekend.

GARDAI are appealing for information after a number of vehicles were damaged by vandals near the city centre during the weekend.

According to one car owner, Michael Payne, the culprits, who used a weapon of some description, damaged a number of cars in the early hours of Monday morning.

“It had happened to a couple of cars, from about 12.30 onwards, all the way up  Edward Street, down as far as I could make out. I was parked up in Edward Street when it happened, so it looks to be a series of cars all the way up the street,” he said.

Mr Payne, whose Ford  Fiesta windscreen was severely damaged, said he went to get the car repaired in Mr Windscreen, Cathedral Place, and discovered that there was a number of similar incidents that morning.

“They said that they had a number of calls. There was actually a couple of cars in the yard with the exact same breakages. The windows were all broke in the centre, so it had to be a hammer or something,” he told the Limerick Chronicle.

He added that the incident has put a lot of strain on him financially as he is unemployed and is no certain if his insurance will cover the repairs,

“That’s my start for the day. I’m not covered. My insurance won’t cover it because I’m commercial, so that’s my week gone now. I’m not working that’s the reason why it’s so serious. I’m just waiting to hear back from the insurance company, but I don’t think they’ll cover it. That’s another week in Limerick, what can I say.”

A spokesperson from Mr Windscreen said its staff  repaired a number of cars with similar damage following other incidents elsewhere in the city.

He added that vandals damaging random cars is a recurring problem across the city.

“This is nothing unusual as it happens every weekend. We get five to 10 as bad as that [Mr Payne’s car]. We must get between 15 to 30 break-ins every week,” he explained.

Gardai at Roxboro Road station are investigating the incidents and anyone with information is asked to contact them on 061-214340.