Authorities warn of the perils of ‘cliff jumping’ in Kilkee 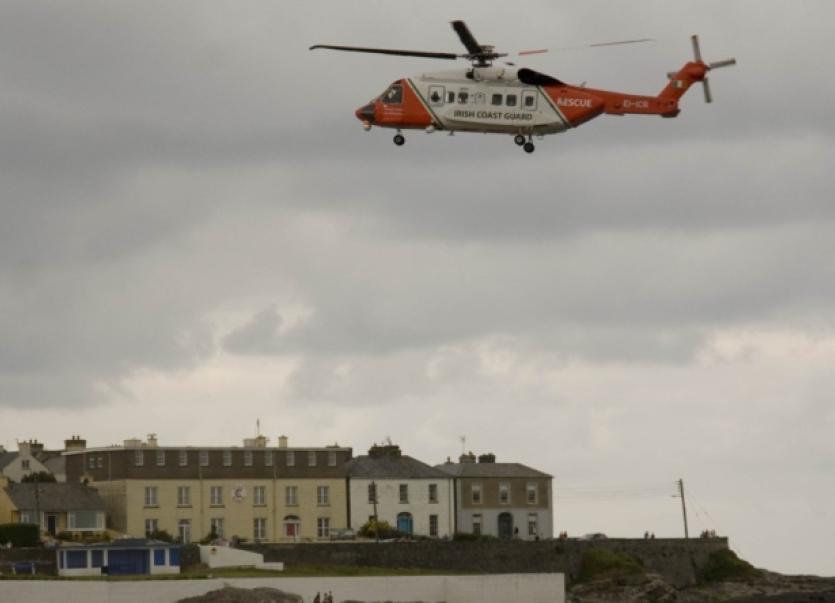 THE DANGERS of jumping from cliffs or swimming in areas not watched over by lifeguards has been underlined by another incident involving a teenager from Limerick.

THE DANGERS of jumping from cliffs or swimming in areas not watched over by lifeguards has been underlined by another incident involving a teenager from Limerick.

Fifteen-year-old Kelly Sexton was dramatically rescued from the sea in Kilkee on Sunday evening after diving from a 60-foot cliff.

The girl was injured after diving from a spot at the Diamond Rocks on the West End.

Ms Sexton, who has just turned 15, entered the water at an acute angle and was knocked unconscious.

A group of her friends noticed she was in trouble and entered the water, pulling her onto a ledge beside the cliff, while emergency services were contacted.

“She dived into the water from a cliff that kids are diving from. She hit the water hard, I would say, and she lost consciousness,” explained Martony Vaughan, area officer with the Irish Coast Guard Kilkee Unit, which recently merged with the Kilkee Marine Rescue Service.

It is understood that Ms Sexton suffered bruised ribs and some minor facial injuries in the incident, but is otherwise in a stable condition.

Mr Vaughan praised the quick thinking actions of Ms Sexton’s friends in pulling her from the water.

“Her friends were excellent, they took her from the water and up onto the ledge,” he explained, adding that the presence of the Limerick Sub Aqua club in the vicinity at the time was “very helpful” in managing the incident, while the Coast Guard arrived on the scene less than five minutes after getting the call at 5pm on Sunday.

Mr Vaughan appealed to anyone caught up in an incident by the sea “no matter how trivial it is”, to call the Coast Guard in the first instance.

“Call 112 or 999 and ask for the Coast Guard and we will be tasked immediately to go out,” he explained.

This was at least the fifth time in just two weeks that the helicopter has been dispatched to Kilkee, with two Limerick men drowning in recent weeks.

Locals in the area believe that a tragedy is waiting to happen.

Manuel di Lucia, formerly of the Kilkee Marine Rescue Service, says that the numbers of teenagers jumping off cliffs in the seaside town, long popular with Limerick holidaymakers, has increased in recent years.

“It has grown over the years, definitely,” he said. “It became very, very serious last year. This jumping off the cliffs is so serious that I think the council will have to put up warning signs, but they will be ignored.”

Mr di Lucia stressed that leaping into the water from that height is like “jumping onto concrete”.

“Kids are jumping out at the Diamond Rocks, which can be up to 80 or 90 feet high. That is crazy stuff,” he added.

“Hopefully this latest incident will be an example to these kids that jumping from the cliffs is not on.”

Another teen drowned in a separate incident in Ardnacrusha in recent weeks, with the ESB taking steps this week to warn the public that swimming is not permitted in reservoirs, particularly the tailrace.

“This is due to risk of uneven ground, deep waters, changing water levels and fast-flowing waters,” said a spokesperson.