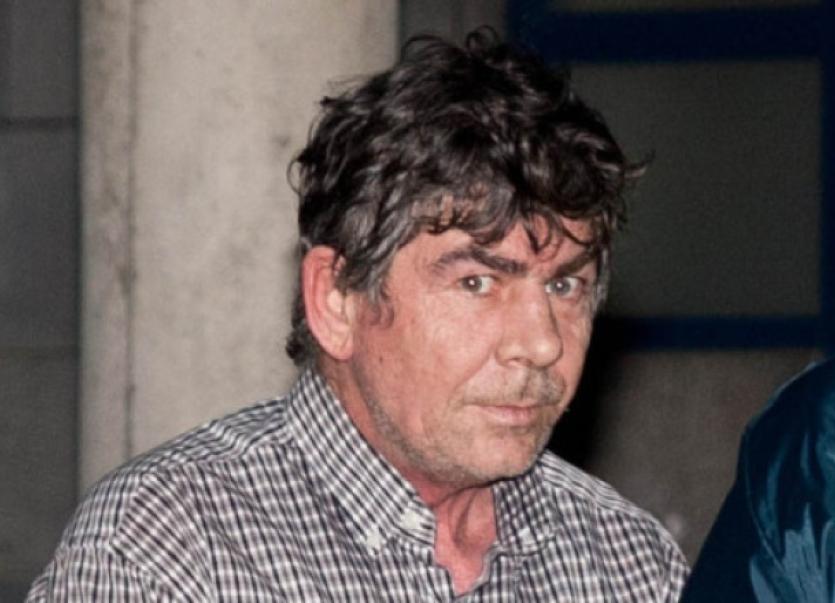 A MAN who tied up a “terrified” County Limerick woman in her home and stole her money and jewellery has been sentenced to three years in prison.

A MAN who tied up a “terrified” County Limerick woman in her home and stole her money and jewellery has been sentenced to three years in prison.

John Joyce, 49, with an address at Morgan Place, Navan Road, Castleknock, Dublin, pleaded guilty to false imprisonment and burglary on October 11, 2012, in what the judge described as a “very deliberate, planned, pre-meditated and organised offence.”

Limerick Circuit Court heard that on that date the woman in her 50s was alone in her house in Boher, Caherconlish, when her dogs started barking at someone outside the house at around 5pm. She was watching TV in her bedroom, and went to investigate after her dogs started to growl. She looked out the window and saw a man with a “Beatles-style haircut” outside her gate. He asked her if she wanted work done on her thatched cottage, she declined and went back inside the house.

John O’Sullivan, State prosecutor, told the court that she “got a shock” when she heard footsteps behind her as she went back in to her bedroom and “let out a small scream”.

Joyce caught her arms and told her: ‘Keep quiet and nothing will happen’.

At that time he was on bail for a robbery in Cavan, receiving a five-year sentence for that offence this March. He told her to lie on the bed and keep her arms where he could see them. Two other men, who are not before the court at present in relation to this incident, then arrived into the room.

One of the men was wearing sunglasses and a scarf to conceal his identity, and the other held his hoodie tight around his face. Both men are known to gardai locally, and are due to appear before the court during the next call-over of cases in July.

One of them held her hands down on the bed and told her not to move.

Joyce kept asking her “where is the money?”, saying “We’re told there’s a load of money here.”

Some €240 was found in the house, which was taken, while the intruders continued to ransack the house in search of more money and valuables in an ordeal which lasted 45 minutes. Four rings were taken from the house, including her wedding ring and engagement ring, “which were of great sentimental value”, the court heard.

The defendant told gardai he loosely tied her up as he did not want her to be trapped there, and also to give them time to get away from the house.

The intruders rang someone, and a car then pulled up outside.

It took the woman a few minutes to free herself, and she went to a neighbour’s “shaking” after 6pm.

Neighbours later told gardai they observed a silver Volkwagen Passat in the area around that time, with four men in the car, and that the vehicle had its registration plate covered.

The defendant was arrested on foot of confidential information a day later, and the victim identified him “without hesitation”.

He made full and frank admissions a day later, but did not name the other parties involved.

The court was told that Joyce has a number of previous convictions, dating back to his time living in England, and there has been a substantial gap between his offences in Ireland and the UK.

Gardai accepted that he carried out this crime due to a drugs debt, and only came to their attention after he lost his job.

“He spent all his life savings and ended up with a debt he couldn’t repay,” the court heard.

He is now in 23-hour lock-up in prison for his own protection, his barrister told the judge, and is currently serving five years for an offence in 2010.

“He deeply regrets what he has done to this woman and his own family. He is desperately ashamed of himself,” continued his defence.

Judge Carroll Moran sentenced him to three years in prison, with the time he has already spent in custody to be taken into consideration.