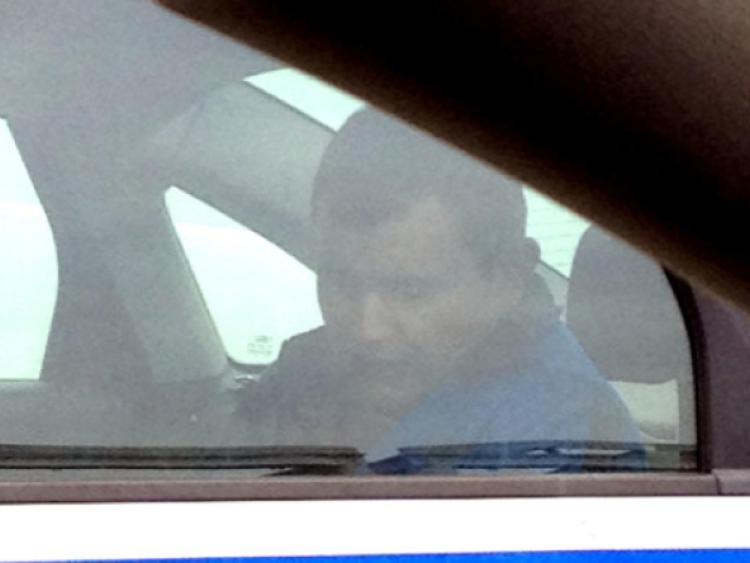 THE son of a Fianna Fail TD was sentenced to 22 months in prison after he pleaded guilty to a plethora of road traffic offences.

THE son of a Fianna Fail TD was sentenced to 22 months in prison after he pleaded guilty to a plethora of road traffic offences.

All of the offences happened in the Dooradoyle and Raheen area of the city on January 26, last.

Fleming, who is a son of Laois/Offaly TD Sean Fleming, also admitted stealing a vehicle from The Bridge Centre, Tullamore, two days earlier.

The defendant first appeared in court a number of days after the incident having been initially charged with stealing a car and dangerous driving.

Sgt Cronin said the defendant was driving a stolen 2010 KE-registered car at speed, against oncoming traffic - endangering dozens of people.

Gardai attempted to stop the vehicle but Fleming took off at high speed - overtaking several cars as he travelled outbound.

Judge Eugene O’Kelly was told the pursuit happened in a residential area of the city and that oncoming traffic was forced to take evasive action. At one point, the defendant drove down a cul-de-sac but reversed the car at high speed in an effort to avoid being caught.

Later Fleming, crossed a traffic island and drove onto an embankment area before crossing three lanes of oncoming traffic.

After Fleming crashed the car, he tried to escape on foot but was apprehended by Det Garda Crowley following a violent struggle.

Judge O’Kelly heard Fleming, who was four times the legal alcohol limit, had to be ‘tasered’ as he was being arrested and that it was a “matter of luck” that a member of the public was not killed or seriously injured.

Solicitor Julianne Kiely, said that her client accepts he did wrong but added his life had been marred by alcohol and addiction.

Judge O’Kelly said that it was the “very worst” cases of dangerous driving that he had ever dealt with since he arrived in Limerick almost a year ago.

“There was a total disregard for the safety of dozens of people. He tried to evade apprehension and he should have known that the game was up but he still managed to escape having driven through a pedestrian crossing and across three lanes of traffic”.

The judge banned Fleming from driving for four years and jailed him for a total of 22 months.