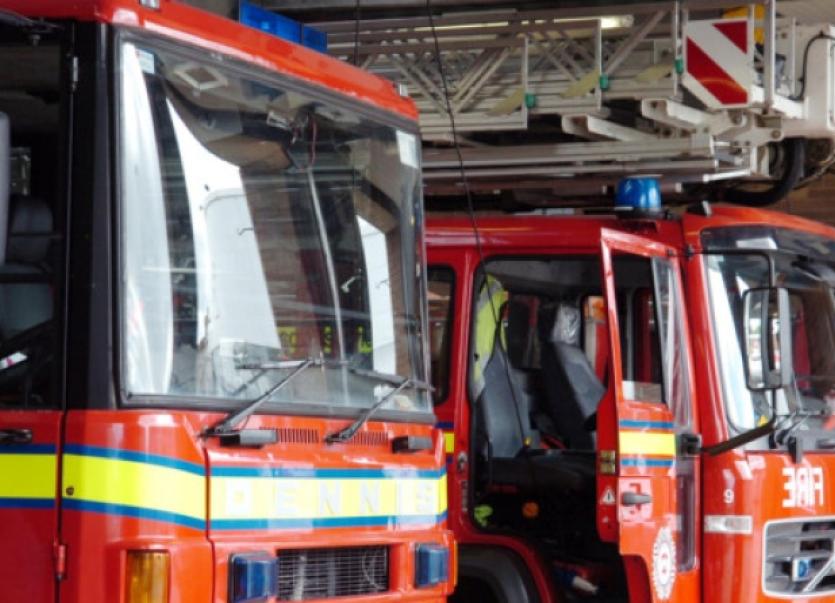 A COUNTY Limerick family were left homeless on Christmas Eve after a raging fire completely gutted their house.

A COUNTY Limerick family were left homeless on Christmas Eve after a raging fire completely gutted their house.

According to gardai, the fire at Barna Cross, Galbally started as a result of an electrical fault.

The house was unoccupied at the time.

It is understood that the alarm was raised after a family member returned home in the early hours of Monday to discover the house on fire.

The fire service were alerted to the incident at 6.36am and three units of the fire brigade from Kilmallock and Mitchelstown fought the flames for several hours.

The family were staying with relatives at the time.

Local councillor Eddie Ryan praised the local community for rallying around the couple who lost their home in the blaze. The couple have four young children and were staying with their grandmother at the time.

“The one thing that was evident was that while it was a tragedy there were neighbours coming from all directions to offer help and offer them a place to stay,” said Cllr Ryan.

“The main thing is that there was no injury or loss of life. It looked like a ferocious fire. It must be so devastating to see your home gutted, what a shame for them. It is also a reminder of what the fire fighters have to do over Christmas and the danger of the work that they do,” continued Cllr Ryan.