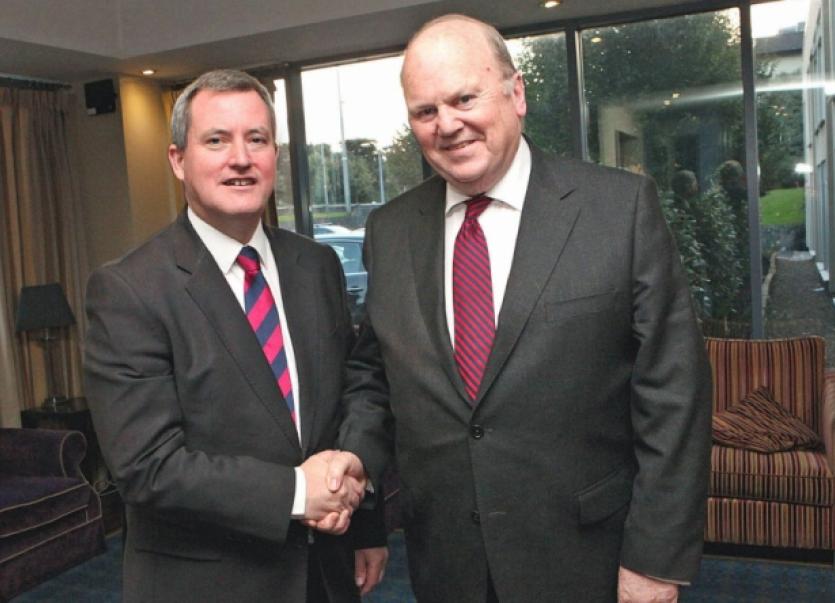 Minister Michael Noonan and Deputy Kieran O’Donnell have been officially ratified as Fine Gael candidates in the upcoming general election.

Minister Michael Noonan and Deputy Kieran O’Donnell have been officially ratified as Fine Gael candidates in the upcoming general election.

The outgoing TDs will contest the election in the Limerick City constituency following Friday night’s selection convention at the Greenhills Hotel on the Ennis Road.

No other candidate was nominated to contest the convention, which was chaired by the chairman of the Fine Gael Parliamentary Party, Deputy Dan Neville.

MEPs Sean Kelly and Deirdre Clune attended the convention as did local councillors and grassroots members from across the constituency.

“Conventions are always very important so it’s advance preparation for the election and it always makes it easier when their isn’t a contest and it gives us a sense of security that the Fine Gael membership have confidence in us and we expect both myself and Kiern to get elected,” said Mr Noonan who topped the poll with almost 13,300 votes in 2011.

His running mate, Kieran O’Donnell - who was elected on the fifth count last time round - says the upcoming campaign will be different to 2011 when Fine Gael were in opposition.

“We are now going into the election in government and we will be standing on our record. We will be going out to meet the people, it’s about the work I’ve done here as a TD with my full time constituency office on William Street, it’s obviously about the government’s record but I am very much looking forward to the campaign,” he said.

Both men declined to comment on the specifics of their campaign strategies saying that is a matter for the national executive.

Separately, Fine Gael has confirmed that four candidates have been nominated to contest the party’s selection convention for the Limerick constituency, which takes place at the Dunraven Arms Hotel, Adare, on September 21.

Last month, Deputy Dan Neville announced he would not be seeking re-election - having been first elected to Dail Eireann in 1997.

It is not yet known how many candidates delegates will be asked to select at the convention.