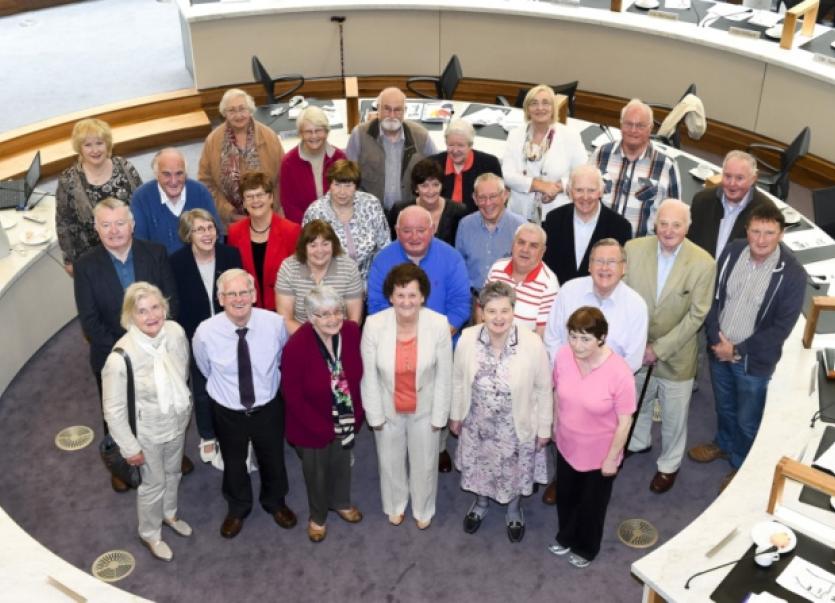 THE Limerick Older People’s Council held its inaugural meeting at County Hall in Dooradoyle, recently where its 36 members sat together to “become the voice of Limerick’s older people”.

THE Limerick Older People’s Council held its inaugural meeting at County Hall in Dooradoyle, recently where its 36 members sat together to “become the voice of Limerick’s older people”.

The formation has been described as a “key objective” as part of the five-year Age Friendly Limerick Strategy, which was launched in May, and consists of members from the Active Retirement and Senior Citizen Group, Probus Groups and the Limerick Seniors Forum.

Attending the meeting last Friday, Mayor of City and County of Limerick Cllr Liam Galvin said that the members’ primary role will be to “represent the older people from all walks of life.

“You will play an important role in the implementation of the Age Friendly strategy and in bringing to the attention of the Age Friendly Alliance, issues that might arise within Limerick communities that affect older people. These issues include isolation and loneliness to fitness and active ageing. In this age of rapid changes in society, it is important that no section of our community is left behind,” he said.

According to figures released by the Central Statistics Office (CSO), the number of people aged between 55 and 85 has increased by 13.4%.

Cllr Galvin commented on these figures, saying that the people aged 65 years or over will “continue to increase over time.

“Therefore, we must be ready to face the challenges that such an eventuality will bring to society. The Older People’s Council is at the forefront of these efforts locally,” he added.

The Limerick Age Friendly Programme is overseen by the Age Friendly Alliance, which comprises members from the council, An Garda Síochána, the HSE, local academic institutions and voluntary bodies from Limerick.