Limerick gears up for mouthwatering U21 clash 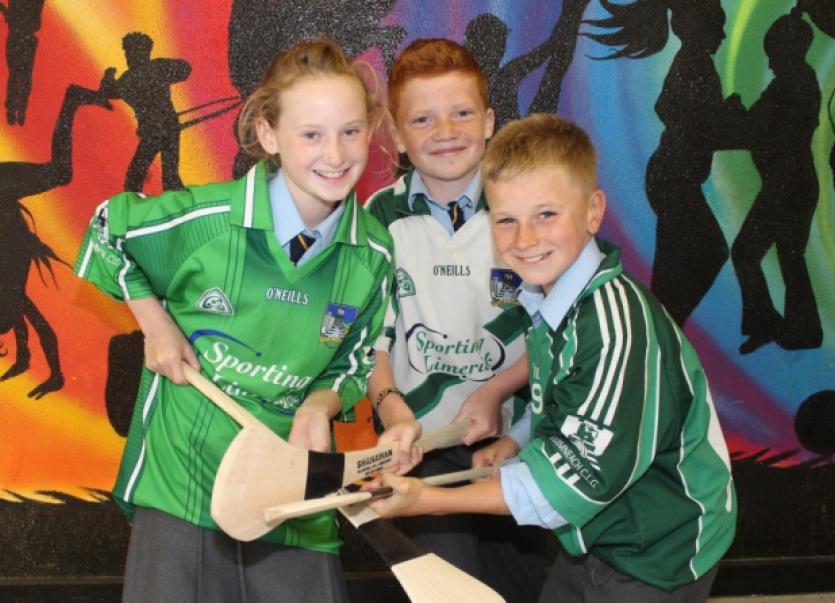 With the dust still settling after Sunday’s All-Ireland senior final, Limerick GAA fans are in for their final intercounty hurling fix this season when they take the road to Thurles for Saturday’s mouthwatering clash between Limerick and Wexford in the Under-21 final.

With the dust still settling after Sunday’s All-Ireland senior final, Limerick GAA fans are in for their final intercounty hurling fix this season when they take the road to Thurles for Saturday’s mouthwatering clash between Limerick and Wexford in the Under-21 final.

And what better place to visit than the ‘Well to get a taste of the excitement which is brewing ahead of the big day.

Five of the panel hail from the hurling heartland where the only topic of conversation in pubs, shops and hairdressers is - will the Treaty men have enough to outclass the boys from the Model County.

“There is a huge crowd going from the area. The children are very excited about it - especially with so many of them related to members of the panel and we are very proud in the school that the captain Diarmuid Byrnes is a past pupil,” explained Ciaran Crowe, principal of Patrickswell National School.

“An interesting thing is that the school won what is called the Olo Cup which is a big city hurling cup for schools. At the time, Diarmuid was in sixth class. He and his classmate, Jack Kelleher, who is also on the panel now, were joint captains so it’s nice to see it following through now to the All-Ireland final.”

Limerick go in search of a fifth All-Ireland U-21 hurling title this Saturday when they seek to return the Cross of Cashel trophy to Limerick for the first time since 2002.

“There was a great buzz in the school after the Munster final when the children saw a boy who was not long ago sitting in the school hall with the rest of them, and now he is out there captaining his county and winning a Munster title,” continued Mr Crowe who admits he is “besotted” with the game of hurling.

It is almost a second religion in the school. Two teachers in particular are spearheading the sport - sixth class teacher Paul O’Connor and fourth class teacher David Bulfin.

Gary Kirby is a GAA coach in the school and Gary of course has a huge profile nationally as former captain of Limerick.

“Gary is with us every week,” said Mr Crowe. “We enjoy a great relationship with the local GAA club - we work hand-in-hand. There is only 40 or 50 metres between the school and the club field.”

Jake Carey, a first cousin of star hurler Cian Lynch, is counting down the days to the match. “Cian’s motto is hard work beats talent when talent doesn’t work,” says the sixth-class pupil who plays in the full-back position. “He said that on the front of the Green and White magazine. I sometimes have a puck around with him at the hurling field. He is very good at attacking,” he smiled.

Saturday’s final has a 7pm start in Thurles and it will be televised on TG4. The final is an all-ticket affair. Adults tickets are €20 with U16s tickets priced at €5.

Tickets are on sale on gaa.ie/tickets or in SuperValu and Centra stores.