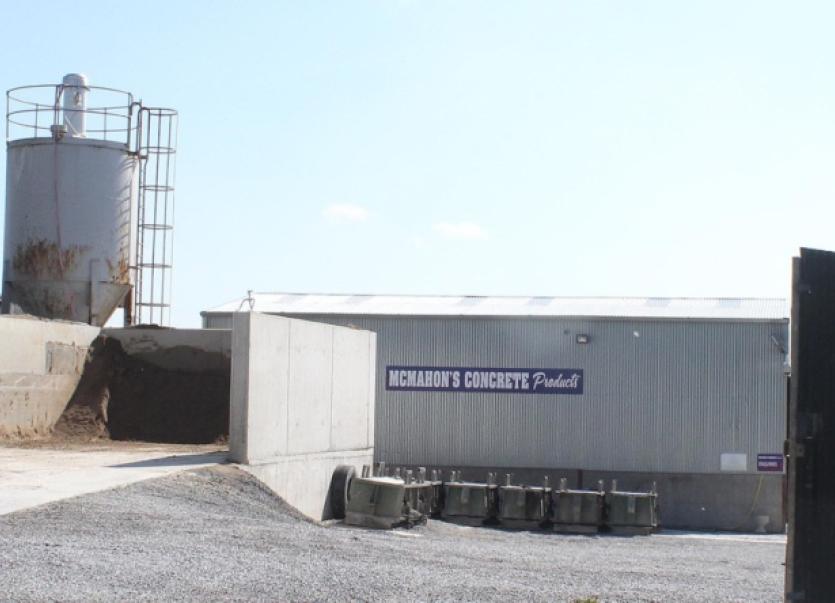 AN Ardagh-based concrete products manufacturer has agreed to relocate after pleading guilty to breaches of the air and water pollution acts and causing excessive noise at its present site.

AN Ardagh-based concrete products manufacturer has agreed to relocate after pleading guilty to breaches of the air and water pollution acts and causing excessive noise at its present site.

The court was told that the company had grown in recent years due to an increase in business and that the existing site was no longer suitable.

Brian Fitzgerald, an executive engineer with the council’s environmental control section, told the court that there are two houses located across the road occupied by families with young children who have had issues with air pollution and noise from the plant.

Mr Fitzgerald explained that the noise issues were caused by trucks coming and going and by the plant machinery. There were also problems with concrete dust coming from the plant and he noted that he had got an “acrid smell”when he had visited the site on a number of occasions.

He also outlined problems with drainage from the site, which did not have its own mains water supply and relied on a nearby stream to supply its water.

Solicitor for Limerick City and County Council Will Leahy said that the company had agreed to relocate once a suitable site was found, but in the meantime would operate under a set of specific conditions.

These include that it would only operate between 7.30am and 6pm on weekdays and 9am and 3pm on Saturdays; that all water discharge from the plant would be collected and removed from the site by tanker and that the company would make efforts to keep down the dust.

He told the court that the residents had also agreed to these conditions on the basis that they were just interim measures and that the company would be relocating once a suitable site was found.

Judge Mary Larkin adjourned the case until December 1 but she granted leave to reapply within 48 hours notice if the conditions were not being observed.