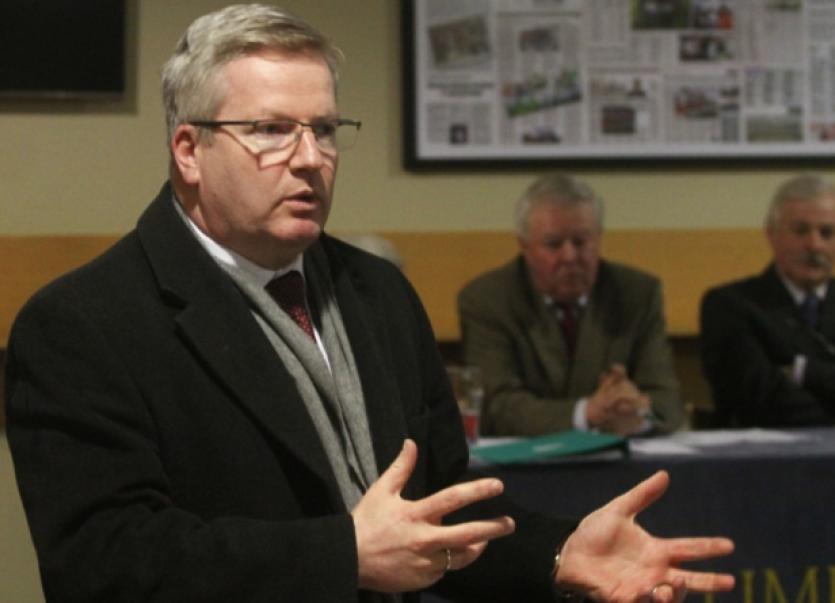 The Ennis Road man started as a fresh-faced student at the former Regional Technology College before taking on the role of lecturer and rising to the role of vice-president in research, development and enterprise.

As the Limerick Leader meets him in the cafeteria at the Moylish campus, Dr Barry greets everyone by name, with many stopping to shake his hand in congratulations over the elevation

“I will be leaving LIT with a heavy heart. Gone, but hopefully not forgotten,” he said. “LIT is a wonderful institute, and it is a community. Really for me, it has been a second home.”

Indeed, he compares his departure to leaving home for a second time.

Dr Barry will leave LIT to take up the role in Galway in October as it approaches its 50th anniversary.

Describing the appointment as “a meeting of needs between GMIT and my own creative objectives”, he said he wants to develop stronger ties between Limerick and Galway to counter-balance the Dublin and wider east coast region.

Regional mergers must be the way forward, Dr Barry said, pointing out that in the last few years, colleges in Clonmel and Thurles have merged and are now under the banner of LIT.

“The only way to achieve anything in life is working with people and collaborating,” he points out.

Over the last decade, Dr Barry said he is particularly proud of how the college has widened participation across a range of sectors, particularly in the enterprise and research sectors.

The college has also expanded its global footprint, linking with 150 of its counterparts throughout the world during his reign, he adds.

“We have become very heavily involved in European projects to the extent where typically 50% of the research income comes from the EU and Enterprise Ireland,” he states.

Away from academia, Dr Barry has played a key role in the city’s business community, succeeding auctioneer Gordon Kearney as Chamber president in 2012.

“I was very honoured and humbled to have been asked by Gordon Kearney to be his vice-president,” he said.

To this end, Dr Barry believes the business organisation is stronger than it was five years ago.

Although it has been two years since his presidency, he has remained an active member of its board, and takes part in his final meeting this week.

“You can give so much to an organisation before it is time to move on to allow for fresh thinking, for new ideas and a new energy to come into the organisation.”

Dr Barry led the Chamber as the final stages of the much-publicised council merger were put in place.

The Chamber was one of the first groups to call for the joining up of City Council and County Council, and he is glad to have been around to see it through to its conclusion.

“I was talking to Catherine Duffy of Northern Trust, and she told me that people commute to work there from 12 different counties. It gives practical evidence to the concept of city regions. People do need to look at the city and county as one, and I have always expected people to do this. Clare is the front-garden and Co Limerick and Co Kerry are the back gardens, and we should take that view,” he said.

Widening participation is something Dr Barry will look to increase when he takes up the GMIT presidency - he is hoping to decrease the number of students dropping out of third level education.

“We need to look at the introduction of more non-denominated programmes, so students can come in and get a flavour before they choose to specialise. There are over 1,400 programmes, and it is very difficult to choose at 17 and 18 years of age. It brings clarity, and gives students a bit more breathing space. They are coming out of a very competitive Leaving Certificate programme, and then on top of that, they are worrying about their college choice,” he said. “Everybody deserves a second chance. It should not be a case of ‘you picked the wrong course, so you should now walk away’.”

On a personal level, although Dr Barry will be sad to leave LIT, he hopes “Limerick will see more of me at weekends”.

While he will commute to Galway, Dr Barry is looking to move northwards with his wife Deirdre.

As he prepares to depart Limerick, he is confident the area is back in rude health, saying: “It is wonderful we have one vision for the city, and we can see the early fruits of it. I know from meeting a number of IDA itineraries in recent months that there will be further [jobs] announcements. Limerick is really at a turning point, and it is great to see this.”