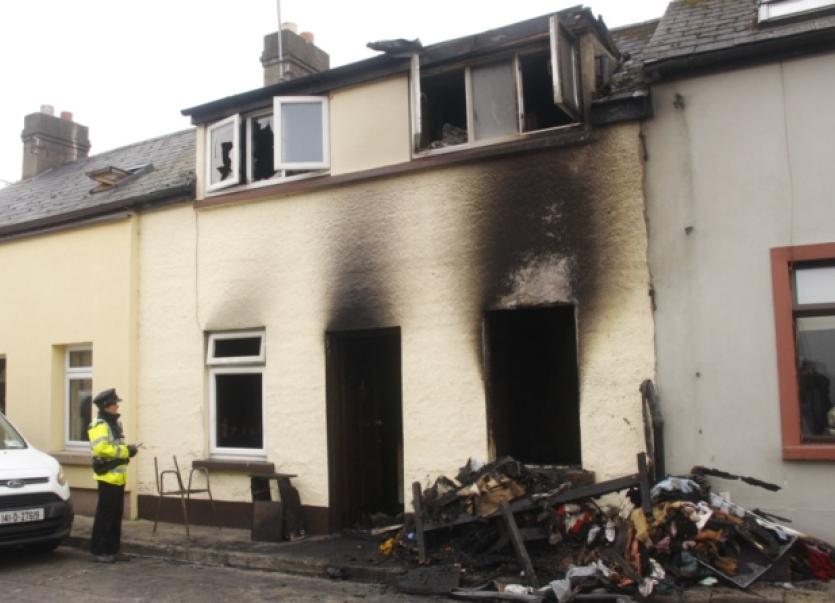 THE Limerick city coroner has commended the bravery and courage of neighbours of an elderly woman who died in a house fire earlier this year.

THE Limerick city coroner has commended the bravery and courage of neighbours of an elderly woman who died in a house fire earlier this year.

Mary O’Brien, who was due to turn 90 in July, died from the effects of smoke inhalation after a fire broke out at her home at O’Curry Place on February 6, last.

The 89-year-old, who was originally from Patrickswell, had lived at the house for more than 25 years.

During an inquest into her death, pathologist Dr Vourneen Healy said a post mortem showed Mrs O’Brien had a 66% carbon monoxide saturation rate. Normal rates, she said are between 1% and 2%.

Evidence was heard that having been alerted to the blaze a number of Mary O’Brien’s neighbours knocked on the doors of other elderly residents to check if they were OK.

Neighbours described seeing smoke coming from the front door and downstairs window of Ms O’Brien’s terraced home, while glass could be heard breaking and plastic melting because of the heat.

The inquest was told flames could be seen inside the house but that it was impossible to gain access to see if the pensioner was at home.

Pat Deegan of Limerick Fire and Rescue service said he was one of two firemen tasked with entering the building.

He said Mary O’Brien, who was found unconscious on the living room floor, was removed and handed her over to paramedics.

However, efforts to revive her proved unsuccessful and she was pronounced dead a short time later.

Sergeant Dave Bourke of the divisional Scenes of Crime Unit said he determined the fire started in a storage heater in a downstairs bedroom.

However he said there was no evidence of an electrical fault and concluded the blaze started as a result of some object - such as a curtain or other textile - coming into contact with the top of the heater.

Coroner John McNamara described it as a very tragic situation and thanked the people who looked out for their elderly neighbours and the efforts they made on the night to save her.

A verdict of accidental death was recorded.