Picket to be set up at Minister’s Limerick office 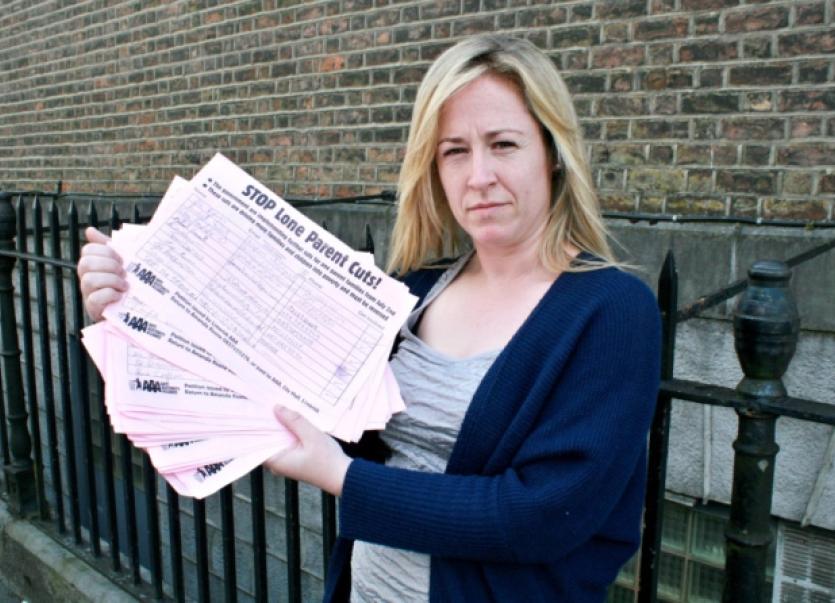 A PROTEST against cuts to the Lone Parent allowance is to take place outside Education Minister Jan O’Sullivan’s office this Thursday.

A PROTEST against cuts to the Lone Parent allowance is to take place outside Education Minister Jan O’Sullivan’s office this Thursday.

Single parents across Limerick are expected to gather in Hartstonge Street from 1pm on the first day that the payment will not be made to lone parents.

Ms O’Sullivan’s cabinet colleague, the Social Protection Minister Joan Burton has defended the cut, which will see the maximum age single parents can claim for a child drop from 17 years of age to just seven years.

The protest in Limerick is one of many taking place around the country, targeting the offices of Labour representatives.

The protest organiser here, Amanda Keane from Janesboro, collected a petition with more than 600 signatures calling on the government to scrap the cuts.

She said: “I feel Joan Burton is not listening to us, she is not taking us seriously.”

But she is also angry with Taoiseach Enda Kenny.

The date of the protest, July 2, is the first day lone parents with children above seven will not get the payment. Amanda, who works as a carer, said it will not be until the following week she will be hit.

“Luckily I am paid for my job as a carer this week - I get paid every fortnight. But the week after it will be difficult. I need to put petrol in my car so I have enough money to travel to all the homes I need to go to,” said Amanda, who cannot claim mileage.

Ms Burton has defended the changes, which will hit 30,000 families nationally.

She says she has set up a number of alternative supports for families, but acknowledged childcare remains a serious issue.

Funding, she added, had been provided to the Department of Children for the provision of after school care services. She added that the changes would result in more single parents returning to work.

Ms O’Sullivan was not available for comment as the Chronicle went to press.