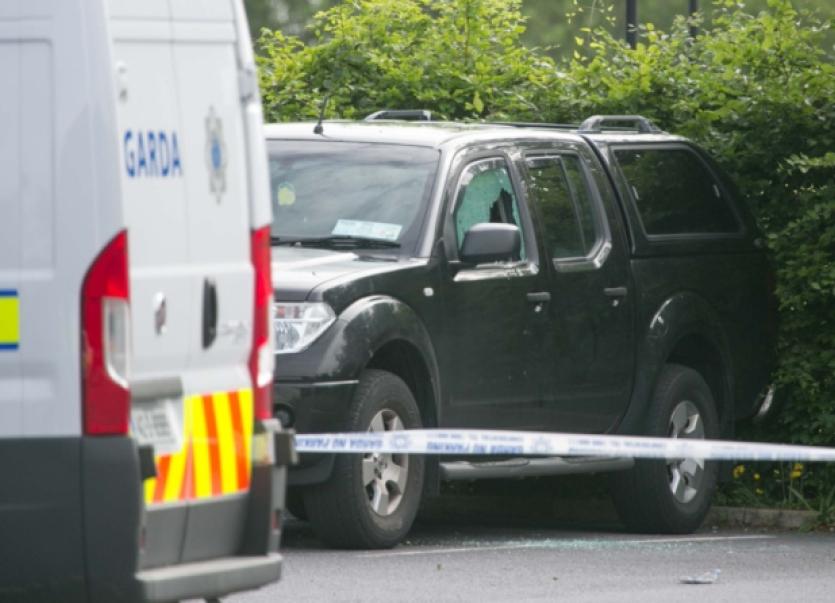 THERE have been calls for calm following the attempted murder of gangland figure Christy Keane at the University of Limerick on Monday.

THERE have been calls for calm following the attempted murder of gangland figure Christy Keane at the University of Limerick on Monday.

The 54-year-old convicted drug dealer sustained gunshot wounds to his body and arms after he was targeted by two gunmen at around 6.45am as he parked his SUV ahead of a visit to the gym.

However, he managed to escape from his attackers and made his way from the car park to the running track at the rear of UL Arena before the alarm was raised.

While serious, his condition is not life threatening and he is being treated at the High Dependency Unit at UHL.

A major garda investigation is under way and there are considerable fears of reprisal attacks.

Two handguns were recovered on Monday afternoon in one of two burned-out cars, while a man in his 30s has been arrested in connection with the attack and is currently being detained under the provisions of Section 50 of the Criminal Justice Act 2007 at Henry Street garda station.

In May, senior gardai expressed concerns that “green shoots” were emerging as a “new wave” of gang members sought to reignite the gangland feud, which has claimed at least 18 lives since the turn of the century.

A source close to the investigation said Christy Keane was a “sitting duck” as he was known to have a regular routine of attending the gym at the UL Arena early in the morning.

“He was just an easy target – he even posted on Facebook that he was going to the gym,” he said.

The Mayor of Limerick City and County Council, Cllr Liam Galvin, has condemned the attack.

“You don’t expect to see this, especially at UL, and it has to be condemned,” he said adding he hopes it does not represent a return to the “bad old days”.

Superintendent Derek Smart, who is leading the investigation, said despite Christy Keane’s criminal past gardai did not have any specific intelligence of a threat to his life prior to Monday morning’s incident.

He also dismissed suggestions the father-of-two had been wearing a bulletproof vest when he was shot.

Supt Smart said investigating gardai are particularly appealing for information about the movement of two cars which were found burnt out in Monaleen and Drombanna a short time after the shooting.

“My appeal is for anybody who may have seen a 132-D registered red Ford Focus or a white Volvo V70 with English registration plates in and around the city in recent days to contact us here at Henry Street garda station at 061 212400,” he said.

“I would also like to appeal to anybody using the University of Limerick Arena – a lot of people use the gym and the pools area, and I would to appeal to them if they saw anything over the last number of days in and around UL that they would make contact with us,” he added.

Cllr Sean Lynch, chairman of the Limerick Joint Policing Committee, is calling on the Minister for Justice to ensure local gardai are given the resources they need to ensure the bloody feud does not kick off again.

“They know they have to put resources in place to target those elements who are hellbent on carrying our reprisals,” said the former detective.