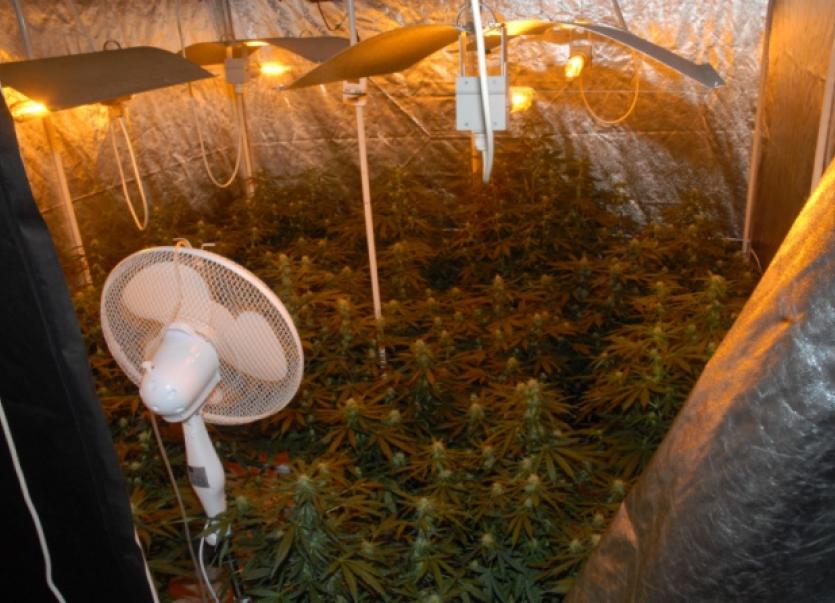 A POLISH national was remanded in custody this Wednesday after he appeared in court charged in connection with a significant drugs seizure near Athlacca earlier this week.

A POLISH national was remanded in custody this Wednesday after he appeared in court charged in connection with a significant drugs seizure near Athlacca earlier this week.

Dozens of cannabis plants with an estimated street value of around €115,000 were recovered on Monday afternoon when gardai searched a house at Creanville, Athlacca as part of an intelligence-led operation.

The pre-planned search was led by gardai from the Bruff district and also involved gardai from County Clare.

The drugs which were found at the house have been sent for forensic analysis and several items which were also recovered during the search will also be the subject of analysis.

At Limerick District Court, this Wednesday afternoon, Gardai Ken McEvoy said Marian Andrzejak made no reply when he was formally charged.

The defendant, who turns 24 this Saturday, faces a total of four charges relating to the seizure.

In addition to being charged with cultivating cannabis plants without a licence, he is also accused of possession of the drugs for the purpose of sale or supply.

Because of the alleged value of the drugs seized, Andrzejak, who has no fixed abode, faces the possibility of a mandatory sentence of ten years imprisonment if he is convicted on indictment.

When his case was first called at Limerick District Court on Wednesday morning, solicitor John Herbert requested the attendance of an interpreter in court as his client has “no English whatsoever”.

The defendant, who has no financial means, was granted legal aid by Judge Marian O’Leary who granted an application to extend the legal aid certificate to include an interpreter to attend consultations between Mr Herbert and his client at Limerick Prison.

The defendant did not apply for bail on Wednesday but Judge O’Leary was told a bail application is likely to be made when he appears in court again next Tuesday, July 7.

Sgt Donal Cronin indicated that gardai are likely to oppose any application for bail - given the defendant’s lack of a permanent address and the seriousness of the charges he faces.

Prior to Wednesday’s court appearance, a spokesperson for the Garda Press Office said operations such as the one this week “use advanced analytical and intelligence methods to disrupt criminals and dismantle their networks”.