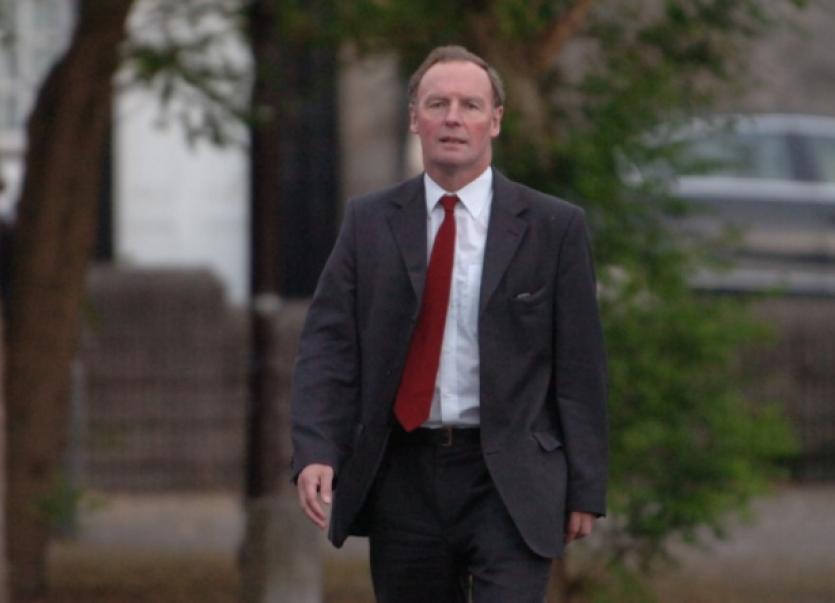 A YOUNG Limerick man has lost his appeal in the Circuit Court and his conviction for dangerous driving was upheld.

A YOUNG Limerick man has lost his appeal in the Circuit Court and his conviction for dangerous driving was upheld.

A second conviction for refusing a blood or urine sample was also upheld while Judge Tom O’Donnell affirmed that a charge of not keeping a vehicle stationary for long enough at a scene to enable a member of the Garda to do his duty be taken into consideration.

Before the Circuit Court sitting in Newcastle West was Maurice Aherne, Coole East, Athea who denied he was driving a vehicle from Athea to his home on March 3 last year.

The car, he said, belonged to his brother, David. He told the court he had been at home watching TV and drinking three cans of beer when he stepped out of the house and found a patrol car and two Gardai in the yard, along with his brother’s car.

He was subsequently arrested but refused to give a specimen at the garda station saying: “I didn’t see why I should.”

However, he accepted that he was extremely upset and annoyed over the incident and had used abusive language towards gardai.

Under cross-examination from state prosecutor, Aidan Judge, he denied he was behind the wheel that night or was now trying to hide behind his brother.

“You didn’t know your brother David was in trouble but somehow you appear on the scene,” Mr Judge put it to him. “You are brazenly telling lies and committing perjury.”

Earlier, Garda Johann Hunt said he and Garda Morgan had followed a car from Athea village at approximately 2.15am. The Garda car was travelling at 100kph, he said and he estimated the car they were following was doing speed of over 130kph. When the other car stopped, Garda Hunt got out to go to speak to the driver but as he made his way towards the other car, it revved up and reversed.

“I had to jump out of the way on to the grass margin to avoid injury,” Garda Hunt said.

The car then took off again, followed by the patrol car, up a driveway and into a farmyard. The Garda said a “tall and stocky” male got out of the driver’s door and fled into nearby ditches. He said he had checked the registration of the car and it belonged to a David Aherne of Coole East.

The Gardai searched for the man when a male, matching the description of the driver, approached them and gave his name as Maurice Aherne. The man was very aggressive, Garda Hunt said, and said he wanted to fight him and Garda Morgan. He arrested Maurice Aherne on suspicion of drink driving and in reply, Mr Aherne said: “Go f*** yourself, I did nothing.”

On the way to Newcastle West Garda Station, Mr Aherne had to be restrained as he kept banging his head against the window and made a number of threats to the Gardai, the court was told.

Cross-examined by solicitor for Maurice Aherne, Pat Enright, Garda Hunt agreed that he had entered the name of David Aherne in his notebook initially but then changed it after rechecking the registration. However, he insisted that he first checked the ownership of the vehicle while at Coole East.

Mr Enright also took issue with the fact that there was no “tall and stocky” description in the Garda’s contemporaneous notes, which he had to requisition as they were not at first disclosed.

Mr Enright also argued that the Garda, had not said, either in his notebook, statement or direct evidence, that he had asked the man who came towards them if he had been driving the car. Garda Hunt said he had asked.

“Everything that followed that is tainted,” he said, and the refusal to give a specimen charge was not grounded.

However, Judge O’Donnell did not accept this argument. Garda Patrick Morgan also gave evidence saying Garda Hunt had checked ownership of the vehicle on the night and told him.

David Aherne, a brother of Maurice Aherne, said the car belonged to him but his brother had insured it and he, David was a named driver. He told the court he had driven from Athea that night, jumped out of the car at the house and fled down the fields, returning about an hour later.

He told Pat Enright his brother Maurice didn’t drive the car but denied his brother had asked him to “take the rap for this”.

Mr Judge however argued that it was preposterous to suggest, as David Aherne claimed, that the car was in his name but insured under his brother’s name.

“If that is the case you may not be covered,” Mr Judge said. “It is very obvious you are telling lies and committing perjury,” he said.

Judge Tom O’Donnell dismissed the appeal, saying he did not accept the evidence of Maurice Aherne that he was not the driver nor did he accept his brother’s evidence.