Junior Cert dispute: Only one teacher turns up for class 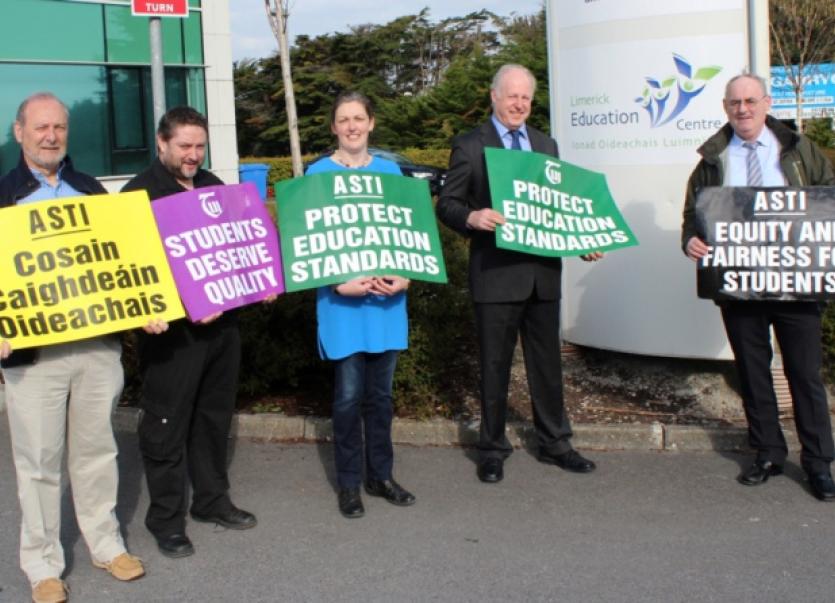 A TRAINING session for English teachers expected to assess their own students under controversial Junior Cert reform proposals attracted a single attendee in Limerick yesterday, one of the unions who picketed the session has claimed.

A TRAINING session for English teachers expected to assess their own students under controversial Junior Cert reform proposals attracted a single attendee in Limerick yesterday, one of the unions who picketed the session has claimed.

But an unmoved Minister for Education Jan O’Sullivan warned the unions behind the training boycott that the sessions will continue - as will Junior Cert reform more generally.

Members of the ASTI and TUI yesterday picketed the Limerick Education Centre in Dooradoyle, where English teachers were due for a CPD course ahead of assessing their students for state examinations for the first time next year.

A spokesperson for Limerick Education Centre said the numbers who attended were “low” without giving an exact figure.

But Peter Quinn, regional representative for the ASTI in Clare Limerick and Nenagh, said: “as far as I know only one person went ahead and did it and they may not be a member of a union”.

Union members, he said, had mounted the picket “because we are still in an industrial dispute and we think it is rather a provocative decision by the minister to go ahead and do this (training)”.

The dispute was now at “an impasse” over the fundamental issue of teachers assessing their own students for exam purposes, Mr Quinn said.

Minister O’Sullivan countered that “teachers assess their own students all the time” whether that was at second level parent-teacher meetings or TUI members grading students for exam purposes at third level. She said all the other stakeholders in education were behind the reform agenda.

With the first English project works to be assessed next year, Minister O’Sullivan said she was “obliged” to go ahead with the training programme even if unions “are using it as part of the dispute”.

“I find it quite incongruous that teachers, who are all about expanding people’s knowledge, would want to stop teachers from expanding their knowledge,” she added.