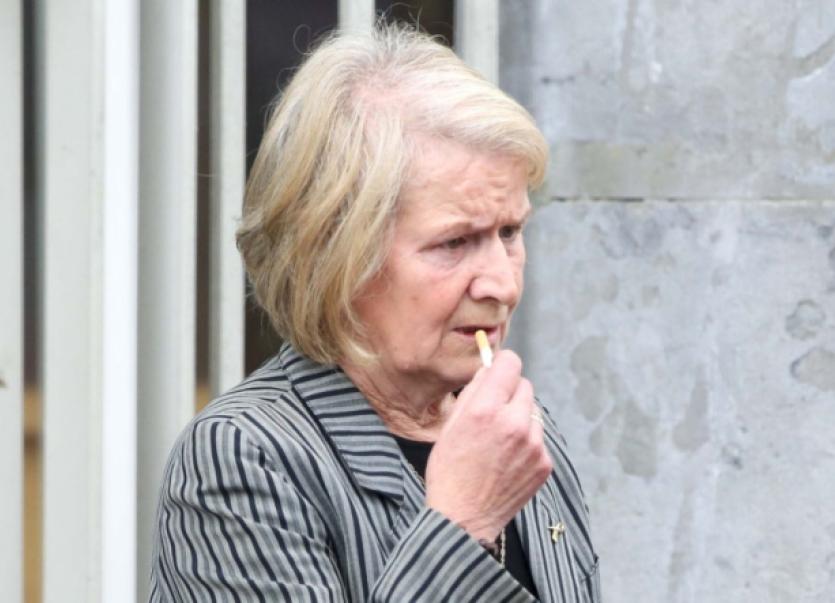 A WIDOW who was injured when a bottle of lemonade exploded at a supermarket checkout has settled her legal action against Dunnes Stores.

A WIDOW who was injured when a bottle of lemonade exploded at a supermarket checkout has settled her legal action against Dunnes Stores.

Mary Sheehy, 72, who is from Limerick city has initiated High Court proceedings against the supermarket giant following an incident at its Childers Road branch on July 26, 2010.

In her evidence at the High Court sitting in Limerick the pensioner said she was queuing with her daughter at the checkout when she felt something hit her ankle.

She described how her legs went from under her and how she put out her left hand to save herself as she was falling.

Mr Justice Michael Hanna heard medical evidence from a number of doctors that she continues to suffer pain on a daily basis and that she is likely to require further pain-relieving injections.

In her evidence, Mrs Sheehy, who did not suffer any fractures in the fall, admitted she suffered a back injury in a road traffic accident in 2004 and had been diagnosed with arthritis in her hips and left thumb the following year.

She said her continued back pain was not caused by the Dunnes Stores accident but claims the fall aggravated a pre-existing injury.

Mr Justice Hanna also heard details of an accident in 2011 when Mrs Sheehy fell down the stairs at home after losing her grip when she got a sharp jabbing pain in her back.

Earlier, Padraig McCartan SC, said the bottle of lemonade, which had been purchased by another customer, “shuddered and moved” when the conveyor belt at the checkout was activated by the store assistant.

He said as the conveyor belt continued to move the bottle then fell off onto the floor where it “exploded and spun around rather violently” before striking his client on her left ankle.

The widow, who was her husband’s carer before he died last year, said she has difficulty walking for long distances, cannot do house work and finds chores such as peeling potatoes difficult.

Michael McGrath SC, representing Dunnes put it to the plaintiff the events outlined to the court were “highly unusual” as the bottle would have had to travel more than seven feet, avoiding other customers, before hitting the plaintiff.

He said nothing like it had ever happened at the store before.

Following discussions between both sides following two days of evidence, the presiding judge was told the matter had been settled and could be struck out.

Details of the settlement were not disclosed.