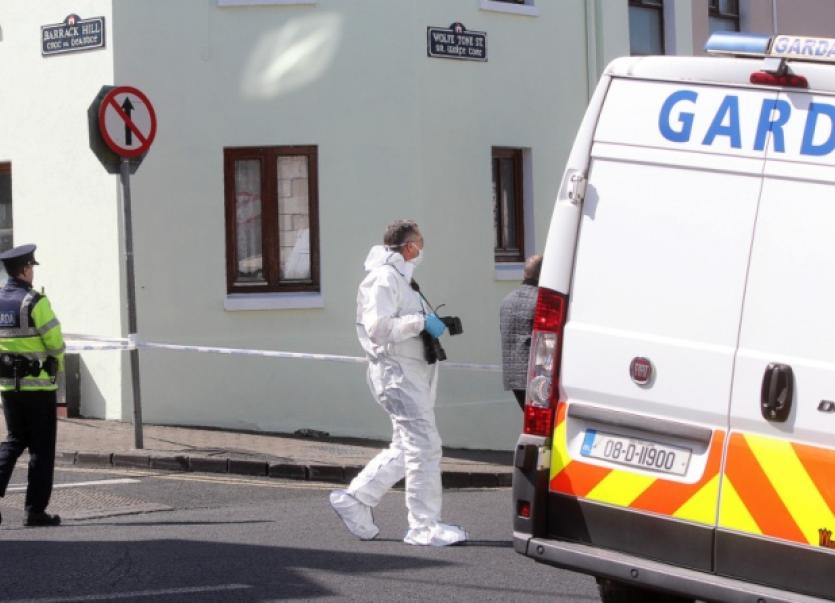 A FULL scale murder investigation has been launched following the death of a 39 year-old Lithuanian man in Limerick city in the early hours of this Wednesday morning.

A FULL scale murder investigation has been launched following the death of a 39 year-old Lithuanian man in Limerick city in the early hours of this Wednesday morning.

It is the first murder investigation in Limerick city in 17 months - following the murder of Patrick Redmond, 65, in November 2013.

Gardai arrested the housemate of the deceased just four hours after they were called to the scene at 5.30am. The area remains cordoned off to traffic.

The man in his 50s is also believed to be from Eastern Europe and is being held at Roxboro Road garda section, where he can be held for 24 hours for questioning.

Chief Superintendent Dave Sheahan said a full scale murder investigation has been launched after the victim “met his death through violent means”.

Supt Sheahan said some reports of the manner of his death already reported are not entirely accurate, and the exact cause of his death will not be known until after the post-mortem.

The body of a 39 year-old man, who would have celebrated his 40th birthday next month, was discovered at the two-storey house on Barrack Hill, just off Wolfe Tone Street, after gardai were called to the scene at around 5.30am.

He is believed to have suffered multiple injuries to his head and body. However, gardai have not to date disclosed if a specific weapon or weapons were used in the attack.

Gardai also sealed off a second property house - in Singland Cross, off the Dublin Road - which may prove intrinsic to their investigations.

Locals in the area, who awoke to a large garda presence combing the area and cordoned off steets, said they were shocked by what had happened overnight while they slept in the beds.

The Limerick Leader understands that both men had been drinking into the early hours of the morning and a dispute broke out.

Wolfe Tone Street and Barrack Hill were sealed off throughout the day, while gardai made house to house enquiries, seeking information about both men.

The deputy State Pathologist, Dr Michael Curtis, arrived at the scene after lunchtime this Wednesday, assisted by the Garda Technical Bureau.

His body has been to be removed to University Hospital Limerick.

Fine Gael councillor Maria Byrne, whose family owns the nearby Bobby Byrne’s bar, restaurant and shop, said everyone was shocked by what had happened.

“It has been a huge shock to the community. It’s a very quiet area, and there has never been anything of this nature in the area, apart from some petty crime. It’s a big shock. Of course our sympathies are with the deceased and the family,” she told the Limerick Leader.