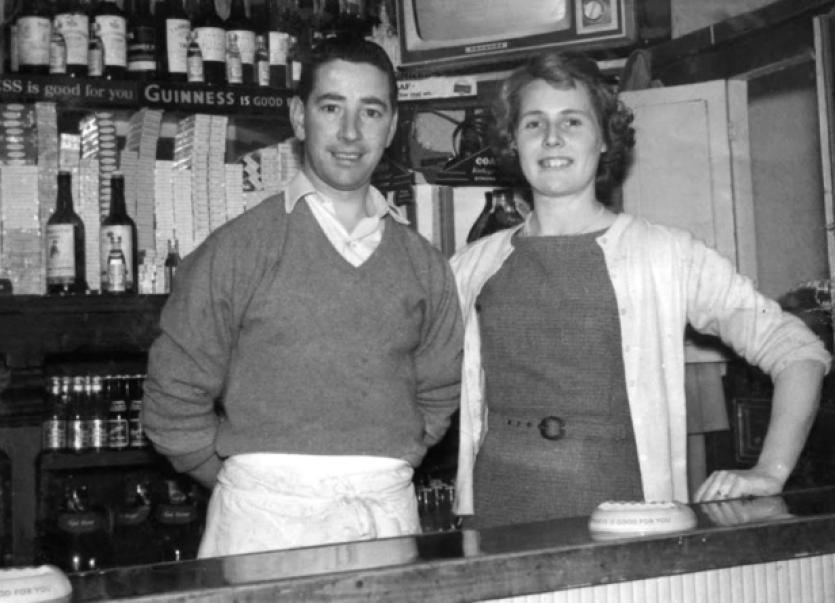 TRIBUTES have been paid to one of Limerick’s true gentlemen, the former publican Eric Lynch, who passed away this week at the age of 86.

TRIBUTES have been paid to one of Limerick’s true gentlemen, the former publican Eric Lynch, who passed away this week at the age of 86.

Eric, and his wife Florence, 78, were for many years the proprietors of the legendary pub bearing his name on St Joseph’s Street.

The couple ran a pub which was synonymous with good times, a great atmosphere and above all, a first-rate music scene for some four decades and sold it in 1997.

Many Limerick people have wonderful, nostalgic memories of the pub, with Florence playing the piano.

Fine Gael councillor Maria Byrne, whose family own nearby Bobby Byrne’s, said they always had a great relationship with the family, who gave generously with their time to many good causes in the community.

“Eric was a gentleman, a quiet, softly spoken man. He and Florence were a real husband and wife team in the bar. They ran a very successful business for many years, and he will be greatly missed,” she told the Limerick Leader.

In an interview some years ago, Eric said: “Believe it or not, we were the first bar in Limerick to have music, the first to get a music licence.” The music initially took place one night a week but that quickly became four.

Eric bought the pub from Stevie Coughlan, who was Mayor of Limerick twice, during the 50s and early 70s. The connections they made were so strong that when they eventually did close the pub Florence went on to play the piano for nine years in the Old Stand pub. “We made some great friends,” she said.

Their son Richard Lynch, who runs ilovelimerick.com and was Limerick Person of the Year in 2011, is one of their eight children, and all lived upstairs over the pub.

Whilst promoting the best of Limerick for years, Richard has also been a carer to both of his parents. Richard, who is campaigning for a Yes vote for marriage equality in the referendum on May 22, said his beloved father “believed in equality, love and pride” and described him as a “legend”.

Eric’s wife Florence has spent years campaigning and raising funds for the treatment of Parkinson’s, which she suffers from herself. In one year alone she raised €16,000 through the ladies mini-marathon in Limerick.

Reposing at St Joseph’s Church, O’Connell Avenue, this Sunday, April 26, at 6.30pm, his funeral mass will be held this Monday at 11.30am, with burial afterwards in Mount St Lawrence Cemetery.