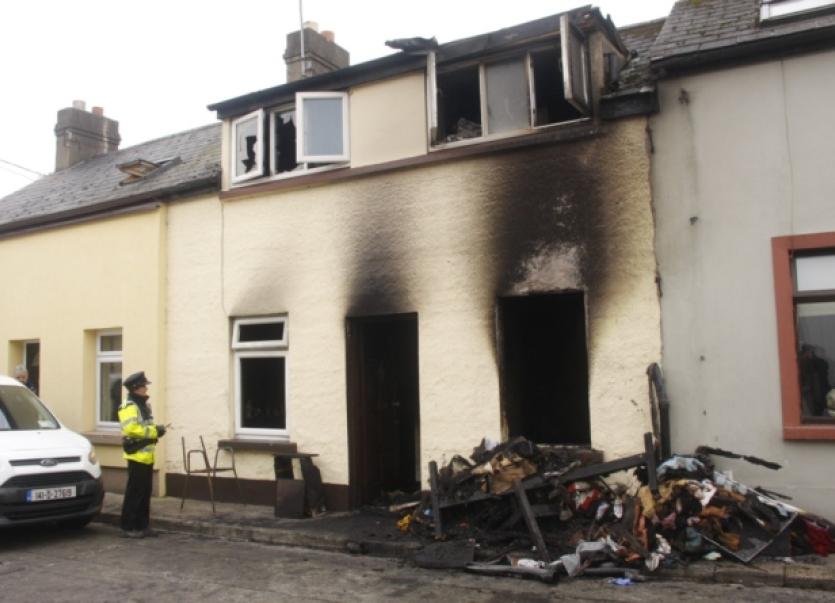 THE funeral will take place this afternoon of the elderly woman who died in a house fire in the city centre at the weekend.

THE funeral will take place this afternoon of the elderly woman who died in a house fire in the city centre at the weekend.

Mary O’Brien, who was due to turn 90 in July, died from the effects of smoke inhalation after a fire broke out at her home at O’Curry Place on Friday night.

Foul play has been ruled out by investigating gardai.

The alarm was raised at around 8pm and despite the efforts of firemen who removed Mrs O’Brien from the terraced house, she was pronounced dead at the scene.

The 89-year-old, who was originally from Patrickswell, had lived at the house for more than 25 years.

There were emotional scenes in the close-knit community on Saturday morning as friends, carers and neighbours tried to come to terms with the tragedy.

“She was a very nice lady, she always asked how are your family she was a very affable lady,” said John Walsh, who said the fire took hold of the house very quickly.

“I heard a lot of commotion and when I came out I could see the glow from the flame inside the window and it spread very quick from the bedroom to the rest of the house,” he said.

Next-door neighbour Michael Graham is shocked at what happened.

“She was a real lady, she was very friendly it’s hard to believe what happened - the place went up like a light,” he said.

“I’m shocked, it is absolutely devastating, she was such a lovely woman and she will be missed,” said another neighbour Damien Doyle.

The house where Mrs O’Brien lived alone was completely gutted in the blaze.

While a number of adjoining houses were evacuated as a precaution none of them were damaged.

Gardai, who conducted a forensic examination believe the fire broke out in a downstairs bedroom before quickly spreading to the rest of the building, which was more than 100 years old.

Mrs O’Brien’s funeral mass, takes place at the Church of the Blessed Virgin, Patrickswell at 2.30 this afternoon.