Young Limerick GAA star is in ‘thoughts and prayers of everybody’ 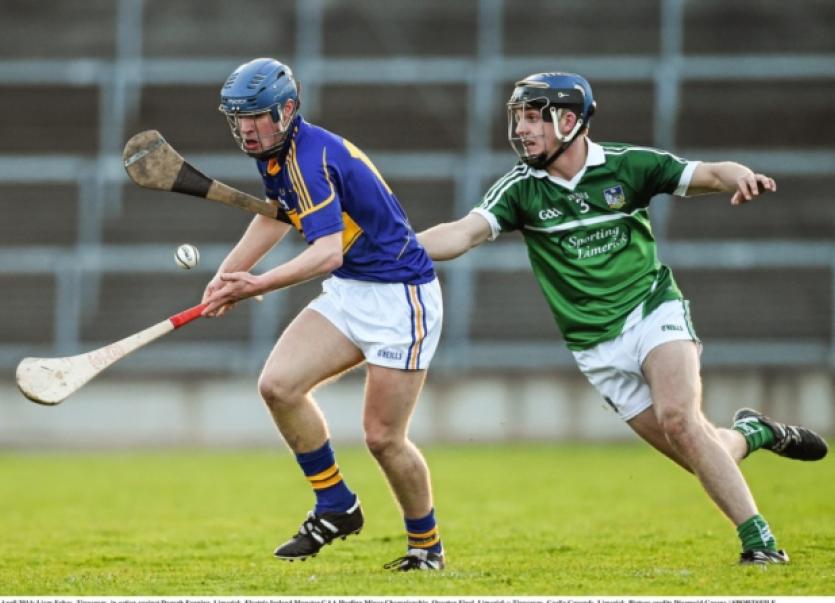 THE PRINCIPAL of Abbey CBS and manager of the Limerick U21 hurling team says the thoughts and prayers of everybody are with Daragh Fanning, who was seriously injured in a road accident, and his family.

THE PRINCIPAL of Abbey CBS and manager of the Limerick U21 hurling team says the thoughts and prayers of everybody are with Daragh Fanning, who was seriously injured in a road accident, and his family.

John Kiely knows the talented 18-year-old hurler and rugby player, from Pallasgreen, from school and the GAA field.

“Our thoughts and prayers are with Daragh and parents, Ann and Jimmy; brother, Brian and sister, Aoife and all his family at this moment. All we can do is wait and pray and hope that everything will turn out for the best over the coming days,” said Mr Kiely.

Daragh was on his way home when the accident happened shortly after midnight on Sunday at Towerhill, Cappamore. The scene was attended by gardai, ambulance and the fire service. He was rushed to University Hospital Limerick.

He was placed in an induced coma and this Monday evening his condition was said to have improved throughout the day. While he did suffer head injuries in the collision it is understood that damage to his brain has been ruled out.

Daragh was an integral part of the Limerick Minor Munster championship win in 2014 and is now on the u-21 panel.

Mr Kiely said Daragh, who has been sitting his pre-Leaving Cert exams, is a very popular student with his peers. Monday should have been a joyous one in the school after Abbey CBS won the Munster U18 and a half B football title at the weekend.

“Even talking to the team management at half-time Daragh played a huge part in leading the team in what he said and how he said it. He showed all his experience that he has amassed in recent years in sport when it most mattered and it most counted.

“They would all have suffered huge defeats up along through the school, they never really won anything as such and to win in their last game as it were with the school was a fantastic achievement for them.

“We were all so happy on Saturday with the result and the victory and coming to school this morning expecting to be celebrating the win with the rest of the school.

“We were greeted with the news that Daragh had been in an awful accident and it has knocked the entire school community to its knees. We are all very upset,” said Mr Kiely.

Counsellors have been made available for the students to speak to.