Limerick man jailed for storing drugs at his home 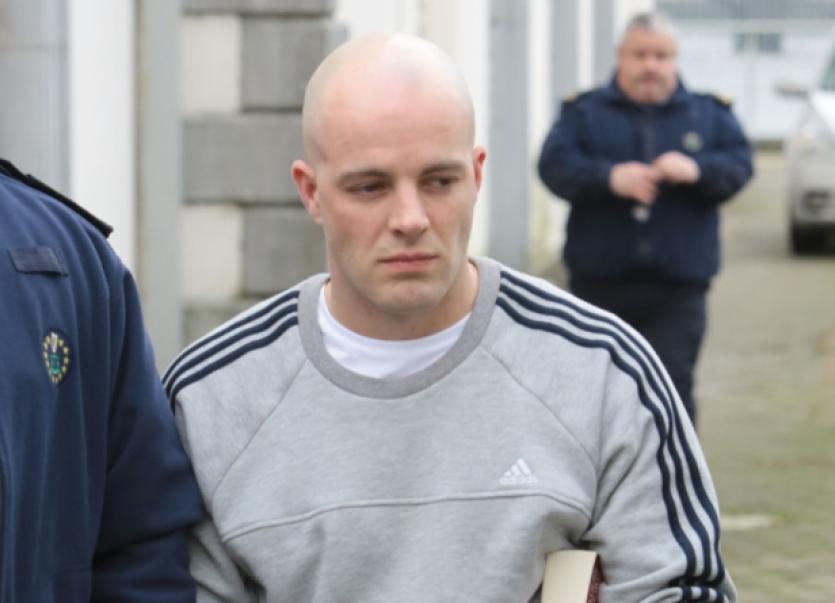 A COUNTY Limerick man who admitted storing a large quantity of heroin at his family home was sentenced to four years’ imprisonment.

A COUNTY Limerick man who admitted storing a large quantity of heroin at his family home was sentenced to four years’ imprisonment.

Barry Hodgins, aged 33, of Carrig House, Clarina previously admitted having quantities of heroin and cannabis for the purpose of sale or supply at his home on July 7, 2008.

During a sentencing hearing, Sergeant Gearoid Thompson said amphetamines and cannabis, with a combined street value of around €3,700 were seized when the apartment at Riverpoint was searched on May 23, 2008.

Judge Tom O’Donnell was told following the seizure, the defendant was put under pressure by the owners of the drugs and was ‘told’ to store a package in order to repay the money he owed.

Sgt Thompson said the defendant’s family home was searched under warrant less than two months after the first seizure after gardai received confidential information that drugs were stored there.

Heroin worth €177,542 was found during the search along with quantities of cannabis herb worth €8,560.

Anthony Sammon SC said his client – a father of two – had been “trapped” following the first drugs seizure and had been put under “pretty dreadful pressure” to store the drugs on the second occasion.

Imposing sentence, Judge O’Donnell commented that the amount of heroin seized was very significant – given its affect on society.

While noting that Mr Hodgins had made admissions to gardai, pleaded guilty and is unlikely to reoffend, he said a major aggravating factor was that he left the jurisdiction the day after his arrest and remained away for almost six years.

He said while the defendant had been intimidated and put under pressure, it was a serious matter and he had to impose a custodial sentence.

He imposed prison sentences totalling five years suspending the final year for five years on condition the defendant stays out of trouble.

The judge also ordered the destruction of the drugs seized.