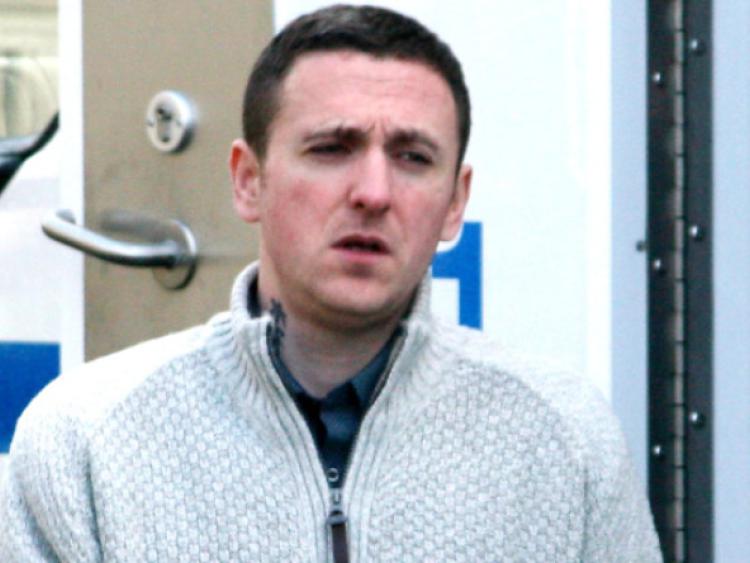 A CONVICTED killer and rapist has been sentenced to four years imprisonment after he admitted robbing a shop near the city centre - just eight weeks after he was released from prison.

A CONVICTED killer and rapist has been sentenced to four years imprisonment after he admitted robbing a shop near the city centre - just eight weeks after he was released from prison.

Last year, Ian Horgan, aged 30, who is originally from Ballincollig in Cork but who has an address at Lenihan Avenue, Prospect admitted taking around €60 from Sean’s Shop, Johnsgate on November 21, 13.

During a sentencing hearing, Sergeant Vincent Brick said the defendant entered the shop at around 5.50pm after he observed the till was open and unattended.

After Horgan jumped the counter, an employee confronted him and a violent struggle ensued.

Sgt Brick said the defendant’s DNA was found on a scarf which the store employee managed to pull off the culprit before he fled.

While the victim sustained cuts to his face, ear and nose he did not require medical attention following the incident.

John O’Sullivan BL, prosecuting, told the court Horgan had a number of convictions for serious offences and that he was released in September 2013 after he completed a ten year prison sentence which he received for the manslaughter and rape of Rachel Kiely (22) in Ballincollig more than fourteen years ago.

Brian McInerney BL, defending, said his client had made admissions when questioned by gardai.

He said Horgan has a problem with drink and had “apologised to gardai for his stupidity”.

Imposing sentence, Judge Tom O’Donnell noted the defendant was wearing gloves when he entered the store which indicated “some element of premeditation”.

He said Horgan’s admissions and guilty plea were mitigating factors in the case but that his previous record and the violence shown during the incident were aggravating.