Limerick man banned for driving at speed after smoking cannabis 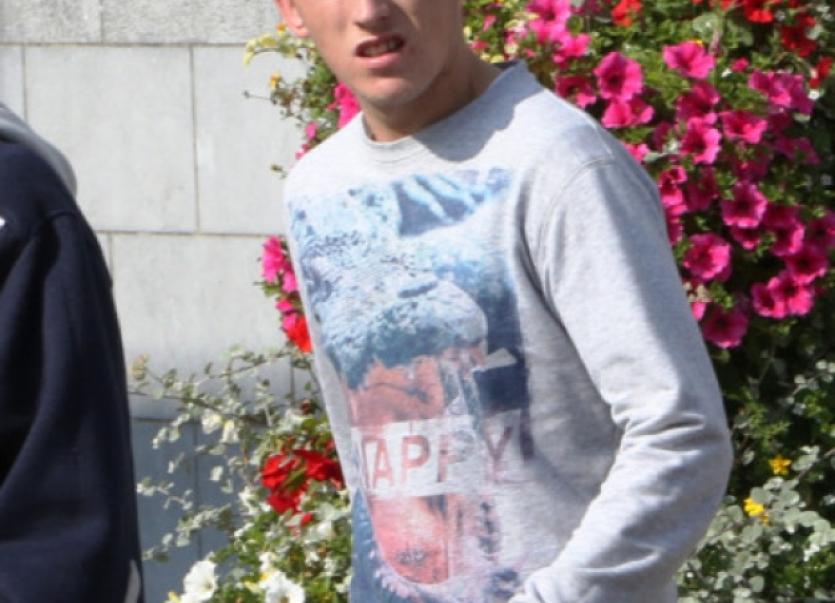 A LEARNER-driver was banned for six years after he pleaded guilty to a plethora of road traffic offences including driving at high speed while under the influence of cannabis.

A LEARNER-driver was banned for six years after he pleaded guilty to a plethora of road traffic offences including driving at high speed while under the influence of cannabis.

Robert Byrnes, aged 22, of Hilltop, Saint Patrick’s Road admitted more than a dozen charges relating to incidents Between June 1, 2013 and

Inspector Helen Costello told Limerick District Court that during one incident - on a Friday afternoon - the defendant was observed overtaking a line of traffic at high speed on the Dublin Road.

She said while doing so, he crossed over a continuous white line forcing oncoming traffic to take evasive action.

Insp Costello added that he collided with another car as he made his way around the Kilmurry Roundabout.

In addition to the dangerous driving charge, Byrnes admitted driving while under the influence of cannabis on two separate occasions.

On June, 1, 2013 he was stopped by Garda Niall Deegan of the divisional traffic corps after he misjudged a junction while driving at speed near his home.

Garda Deegan said the defendant, who was not insured, was “swaying and reacted slowly” when he spoke to him on the roadside.

During a separate incident on October 24, last Byrnes was observed driving on the wrong side of the road as he passed a garda patrol car at Groody Road.

After stopping the vehicle, Garda Enda Clifford detected a smell of cannabis and a blood sample provided by the defendant proved positive for for cannabinoids.

Another offence, the court heard, related to the discovery of a fuel siphoning pump in the boot of a car being driven by the defendant.

Insp Costello said the Ford Mondeo was searched after a smell of cannabis was detected in the parked vehicle.

Solicitor Sarah Ryan said her client did not have an explanation for the pump which was found in a plastic bag under the spare wheel.

However, she pointed out that while Byrnes was the driver of the car, there was others in the vehicle on the night.

Im mitgation, she said the defendant is addicted to cannabis and that all of the driving offences were connected with his addiction.

She told the court he is taking steps to address his problems, is attending Saoirse and has returned to education in recent weeks.

Ms Ryan said Byrnes did have an insurance policy at all times for a “main car” but that he was “swapping and changing” vehicles around the time of the offences.

“This is a young man who likes his car and who likes to drive,” she said.

Judge O’Kelly disqualfied Byrnes for a total of six years and he imposed a ten month prison sentence, which he suspended for two years.