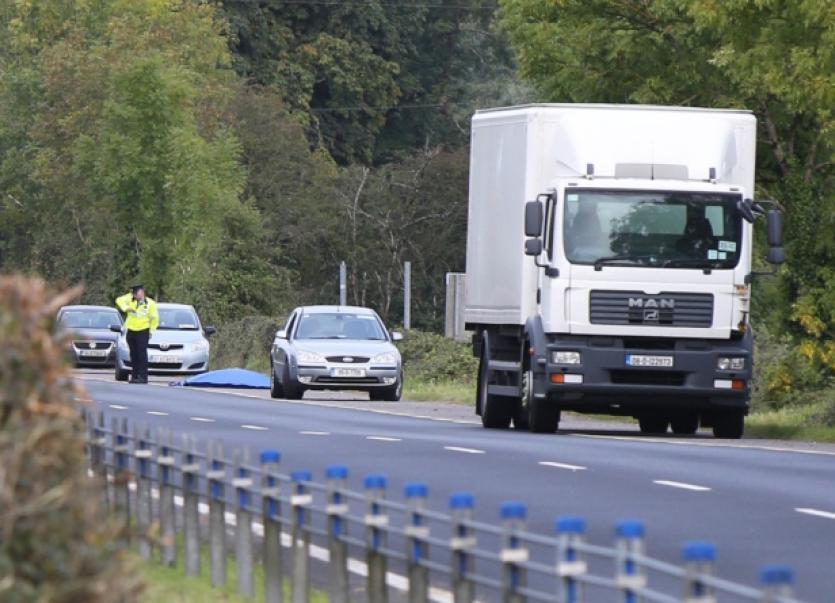 A LIMERICK family have been left devastated by the death of their son, after he was killed in a road accident on the outskirts of the city early this morning.

A LIMERICK family have been left devastated by the death of their son, after he was killed in a road accident on the outskirts of the city early this morning.

The deceased has been named as Mark Bromell, 27, from Cross roads, Thomondgate, who had just a short time earlier been attending a friend’s wedding in the Radisson hotel.

The accident happened at around 6.45am on the in-bound lane of the Ennis Road between the Radisson Blu Hotel and the Coonagh Roundabout, and it’s understood the victim had walked out of the hotel to get a lift home.

Gardai say he was walking on the hard shoulder and was hit by a rigid truck.

The driver of the truck was not injured.

The road was closed at the scene pending an examination of the area by garda forensic collision investigators. Limerick Fire Brigade were only called there briefly for assistance this afternoon.

Gardai at Mayortsone Park are investigating the circumstances of the collision.

Sinn Fein city councillor Maurice Quinlivan said it is a tragedy for the family and their community.

“It’s terrible news that people woke up to this morning - the death of a young person from our community. People are just in shock,” he said.

He is survived by his parents Anne and John, and a number of siblings, including his brother Jamie, who is a very good footballer with Ballynanty Rovers, and won a scholarship to go the States.