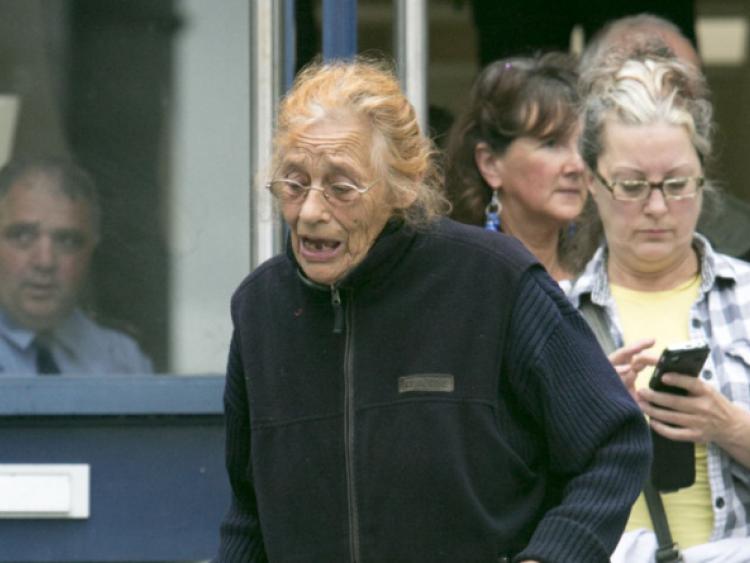 IMPRISONED peace activist Margaretta D’Arcy is understood to be eating again after abstaining from food for a couple of days in solidarity with the people of Gaza.

IMPRISONED peace activist Margaretta D’Arcy is understood to be eating again after abstaining from food for a couple of days in solidarity with the people of Gaza.

The 80-year-old is currently serving a two-week sentence in Limerick Prison after she refused to sign a bond meaning she would stay out of unauthorised areas of Shannon Airport.

It is the second time the artist has been imprisoned in Limerick for protesting against US military use of Shannon Airport.

John Lannon, of Shannonwatch, said Ms D’Arcy was “in good spirits” when he visited her on Friday, despite having gone without food.

“It was never a hunger strike but she did abstain from food to highlight the suffering caused to victims of war and with particular reference to Gaza,” said Mr Lannon.

Shannon, he pointed out, had been used in the past to transport Apache helicopters from the United States to Israel.

In a statement from prison, Ms D’Arcy said the recent controversy over Garth Brooks showed how willing politicians were to bend the rules when it suited them.

“It has shown that politicians are quick to intervene when they think there is a problem resulting from the implementation of a law. But in the case of Shannon there are much more serious matters at stake than a few concerts - laws are being broken. And yet the main political parties or the Taoiseach will not intervene.”

“In fact we saw in the Dail debate on the State Airports (Shannon Group) Bill 2014 that Fine Gael, Labour and Fianna Fail are all prepared to tolerate war criminals and rendition planes going through Shannon. They voted against inspections of military planes but they are prepared to send me to jail for asking them to do so.”

A demonstration in solidarity with Ms D’Arcy and fellow activist Niall Farrell was held outside the jail on Friday night. Sinn Fein councillors Maurice Quinlivan and Malachy McCreesh turned out in support.

And Mr Lannon said around 60 people had attended a vigil for Gaza on Thomas Street on Saturday.