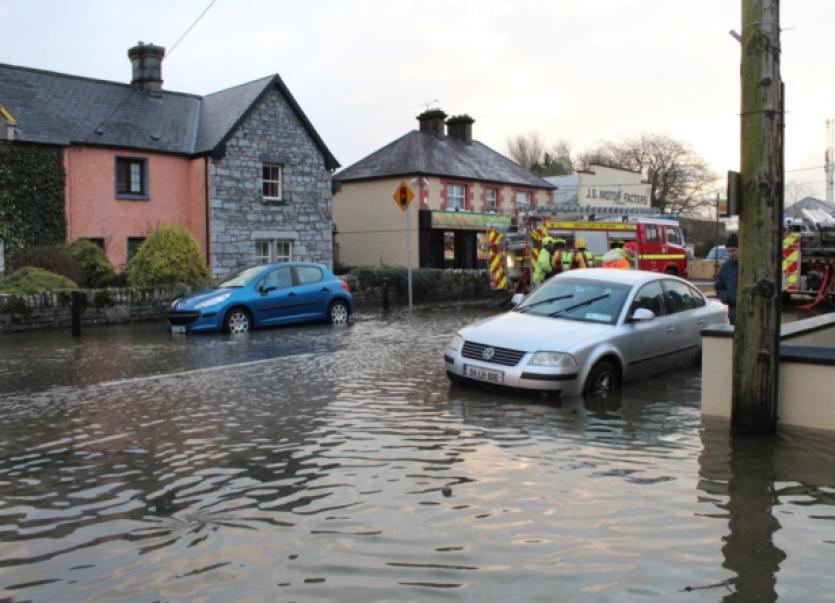 Six months after parts of Limerick were devastated by flooding caused by heavy rain and high tides, no funding has been made available for flood defence measure around the county.

Six months after parts of Limerick were devastated by flooding caused by heavy rain and high tides, no funding has been made available for flood defence measure around the county.

That is according to the cathaoirleach of Limerick City and County Council, who is calling on the Taoiseach to intervene personally and make money available to ensure that flooding does not recur in these areas.

Cllr Kevin Sheahan pointed out that, in the wake of the flooding, the Government had pledged funding for flood relief works.

The St Mary’s Park area of Limerick City, Foynes, Askeaton and Ballysteen were among the areas worst affected by the flooding in January and February, but to date no long-term actions have been taken to prevent this recurring.

“I am calling on the Taoiseach to do something about it. It is not good enough; It is unfair and in many cases people can’t get insurance anymore,” Cllr Sheahan added.

He pointed out that if money was made available, the council would put it use immediately to carry out flood prevention works.

“The risk is still out there and the money hasn’t been made available to prevent it happening again,” he said.

The then junior minister with responsibility for the Office of Public Works, Brian Hayes, travelled to Foynes in the wake of the floods and made the following commitment: “A serious event occurred here in Foynes and in other part of county Limerick and the firm commitment of Government is that we get funding in place as soon as possible so I gave an absolute commitment to the partners here that as applications come in from Limerick County Council under the schemes that we control that we will prioritise them and make sure that we get the funding out as soon as possible.”

Following this, the council submitted an application for money but none has been made available, according to Cllr Sheahan. “Not a cent has arrived from Dublin and here we are now facing the autumn and it is not beyond the bounds of possibility that anytime from November on, we run the rise of having flooding in the same locations,” he added.