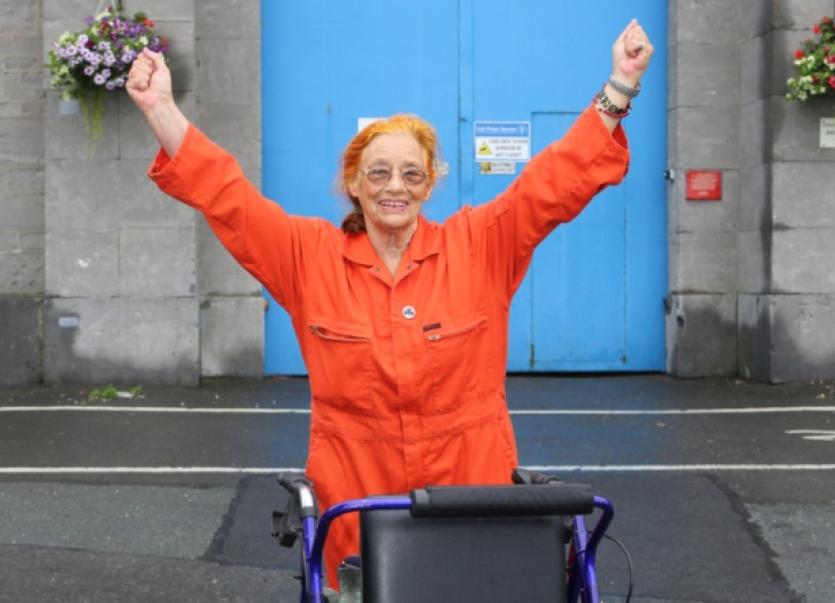 PEACE activist Margaretta D’Arcy, who was released from Limerick Prison today, has warned of the potential targeting of planes using Shannon by militant groups.

PEACE activist Margaretta D’Arcy, who was released from Limerick Prison today, has warned of the potential targeting of planes using Shannon by militant groups.

Ms D’Arcy, who has campaigned against a US military presence in Shannon airport, said that Isis, a militant group based in Iraq and Syria, has said it will target US army flights.

“Isis has said that they are targeting Americans, they know about Shannon, and there is no reason why every single plane, whether it is an American war plane or a civilian plane, could not be targeted,” she said on her release.

“The government have got to take responsibility to protect not only Irish citizens, but also for our international visitors,” said Ms D’Arcy.

Ms D’Arcy, 80, who was jailed for two weeks for encroaching on a runway at Shannon airport, said there is “solid evidence” of rendition flights using Shannon and she now plans to take a case against the Government.

“We now have actual solid proof that rendition flights are going through Shannon. The fact is that the Irish Government is complicit to that.

“We are getting, I hope, a case going to take the Government to court for crimes against humanity, that is the only way to make them wake up,” she added.

The Aosdána member is also calling on new Justice Minister Frances Fitzgerald to close down the ladies’ wing at Limerick Prison due to the conditions she experienced.

“We now have a woman as the Minister for Justice, Frances Fitzgerald, who used to be Chairwoman of the National Women’s Council and I hope she is going to do something about the discrimination,” added Ms D’Arcy.

The peace activist said that hygiene conditions in the women’s section of Limerick Prison were “unacceptable”.

“We eat in our cell, as well as going to the toilet in our cell, now I think this is unacceptable. As well as that, now that the weather is coming, we have got flies.

So if you talk about hygiene, bloody flies are all over the place, on our food and everywhere,” she added.

Ms D’Arcy, who received chemotherapy treatment for cancer in the weeks before her latest jail term, refused food for her first few days at the prison, in solidarity with war victims all over the world, but began eating shortly before her release.