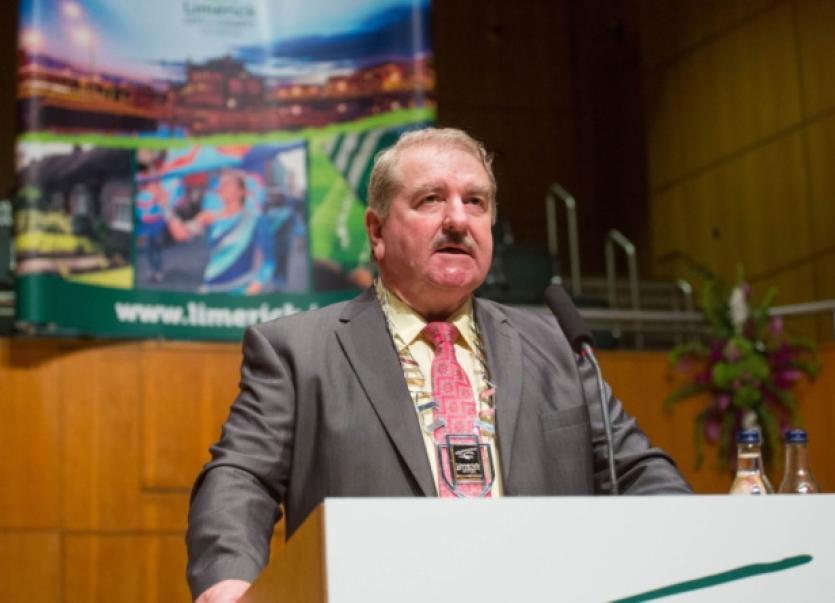 CATHAOIRLEACH Kevin Sheahan says he is “speechless” over opposition to his offer to erect a cross in the council chamber.

CATHAOIRLEACH Kevin Sheahan says he is “speechless” over opposition to his offer to erect a cross in the council chamber.

The council leader wants to donate a cross once the council chamber is refurbished later this year.

He has already engaged a wood turner in East Limerick to do the work.

But there has been opposition from many councillors, including Mayor Michael Sheahan and Cllr Daniel Butler, who reportedly tweeted he was “embarrassed” at the plan. The chief argument being made from some is they feel the chamber should represent all the people.

However, Cllr Sheahan has come out fighting - and urged the Limerick public to lobby their local councillor to get the cross erected.

“I understand some councillors are opposed to the idea. They are talking about their constituents being Muslims, and other religions. Muslims would have no issue with the cross in their faith. The Jewish faith would not object to a cross. There are crosses and grottoes on the landscapes of Ireland and I have never heard an atheist objecting to them,” he said.

He said he makes no apology for planning to donate a cross, saying: “I thought it would be nice to donate something to the chamber, to the members. There is no Christian emblem of any description in the chamber.”

However, some councillors would prefer it would remain this way, including Cllr Butler, whose tweet about his feeling “embarrassed” was later deleted, according to Live 95FM.

He said: “We are living in a secular society, and councillors are there to represent the people. So we need to be a reflection of the people. Our practices need to reflect this. I think the erection of a cross is inappropriate.”

In a brief statement, Mayor Michael Sheahan added: “As there has been no display of any religious object in the chamber up to now, I am not in favour of creating a precedent for this.”

But Cllr Sheahan appears to have found some support in the former county areas, with party colleague Noel Gleeson backing his idea, alongside Cllr John Sheahan. But the cathaoirleach says he is surprised at the level of opposition to his plan.

“I cannot understand how somebody of any faith, or no faith, would say I am embarrassing anybody. It was never intended to embarrass anybody. I am not a Bible-thumper. Many friends have a much stronger faith than I have, I want to give a gift of a cross, and it’s an embarrassment? That leaves me almost speechless: the choice of words are almost confrontational”.

It has been reported elsewhere that the cathaoirleach is to offer a four-foot cross made of Irish oak.

While the emblem will be made of Irish oak, Cllr Sheahan dismissed suggestions it would be four foot tall.

However, he said: “It is a big chamber with a high ceiling. I would like us to have a decent sized cross”.

And he suggested Ireland may have gone too far to appease minority faiths.

“I was very annoyed last year when I read that Christmas cribs had to be removed from some hospitals in Dublin. I ask myself, as a Christian country, how far are we going to go,” he asked. “Have we gone too far already?”

He added: “In the Islamic part of the world, they have strong Islamic laws, and if you went there, you wouldn’t have them blushing behind their religious beliefs.”

He also recalled how one nurse in a Limerick hospital was not allowed to leave early on a Holy Day of obligation to attend Mass - while the same building had a room to allow those of the Islamic faith to pray five times daily.

Anti-Austerity Alliance co-ordinator Cian Prendiville rejected the idea, and said: “All the crosses in the world can’t hide the cruel and uncaring austerity policies carried out by the government and this council.”

But Cllr John Sheahan said: “I have no problem with it. I am a Roman Catholic, and I’d like to think the chamber could take in all persuasions of faith and none”.