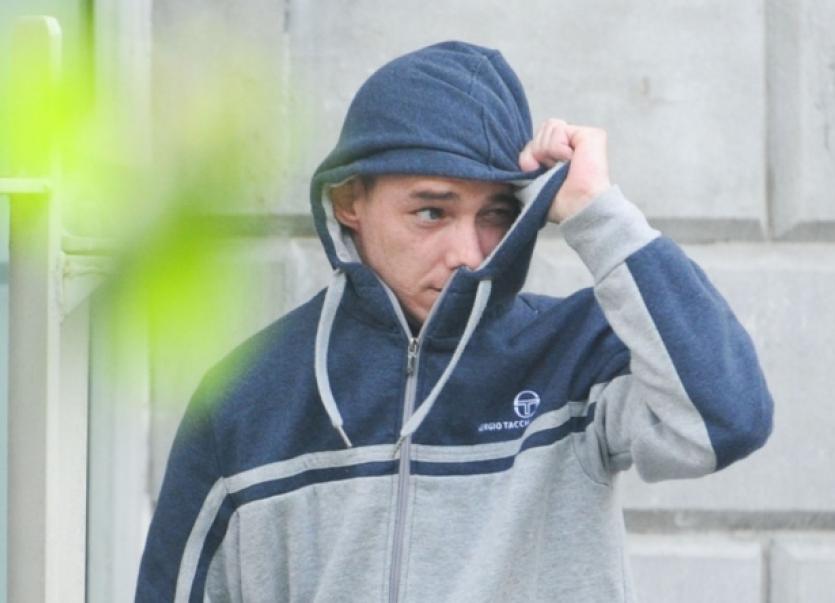 A COUNTY LIMERICK man who was caught dumping a sawn-off shotgun in a ditch outside Nenagh received a seven-year sentence at Nenagh Circuit Court, with the final two years suspended.

A COUNTY LIMERICK man who was caught dumping a sawn-off shotgun in a ditch outside Nenagh received a seven-year sentence at Nenagh Circuit Court, with the final two years suspended.

John Cahill of Towerhill, Cappamore, had pleaded not guilty to possession of a firearm at Ballyvillane, Nenagh, on May 18, 2012. He was found guilty by a jury on a majority verdict of 11 to 1 and sentenced last week.

Garda Ronan Hayes, Nenagh, told the court that the gardai had a surveillance operation in place and Cahill was observed getting out of a car and placing a package in the ditch.

Garda Padraig O’Leary challenged him and identified himself as a garda. He noticed Cahill was wearing surgical gloves. The item in the package turned out to be a sawn-off shotgun.

Cahill was interviewed four times and each time made no comment, but on March 25, 2013 made a written statement outlining his version of events. He said he didn’t know what was in the package and had come to Nenagh to buy cannabis herb.

At an earlier court Cahill’s wife, Sharon, had recalled getting a phone call from Christopher Pratt, Nenagh, asking if he could be collected in Dublin as someone had taken his car in Dundalk.

She and her husband collected Mr Pratt and on the way home he asked Cahill if he would like to buy some cannabis from him. They left him at the halting site in Nenagh and Pratt later arrived at her house in Doon to again ask Cahill about buying the drugs. He said Cahill would have to travel to Nenagh and she refused to allow him take her car.

Cahill then got a female friend to drive him to Nenagh. As far as she was concerned they were going to get drugs.

She told Noel Whelan, SC, prosecuting that if Mr Cahill had said he was going to hide a gun she wouldn’t want him around.

Summing up, Mr Whelan told the jury that Mr Cahill had been caught following detection work by Garda Paudie O’Leary who had observed the defendant from behind a wall at Ballyvillane getting out of a car and placing a package in the ditch.

He said a statement by Mr Cahill in March 2013 in which he claimed Mr Pratt had come to his car and handed him the package had been “entirely self-serving”.

Returning to the sentencing hearing last Thursday, Garda Hayes told William O’Brien, SC, for Cahill, he was aware Cahill had addiction problems. He agreed that Cahill had mentioned he had a drug debt and agreed it was “not unusual to be asked to do favours” in return for some deal on the debt.

“It seems the weapon was being dropped off for someone,” said Garda Hayes.

Mr O’Brien said it was a transportation case and it would be taken into account against money owed. However, Cahill may not have known what he was delivering.

He said the defendant was married with four children, two of which were not his, and Cahill’s wife was going to find it hard to cope. Cahill’s father had recently suffered two heart attacks and a stroke, said Mr O’Brien, and this was affecting Cahill’s mother.

Mr O’Brien said his client had left school at 15 and stated laying pathways, but when the boom came to an end there was no more work for him

Cahill had addiction problems with cannabis and prescription drugs and had made inquiries about residential treatment but couldn’t afford it. He was now attending Saoirse in Limerick.

Judge Tom Teehan said that having a sawn-off shotgun was not done “save for some sinister purpose”.

Cahill had 59 previous convictions and for a man of 30 that was a significant amount. Even though most were for traffic offences and happened over 10 years ago, Cahill had lived his life with a strong disregard for the law.

The judge accepted “with hesitation” the DPP’s decision to place the offence in the lower range, and he (Judge Teehan) was putting it at the top end of that scale.

The judge sympathised with Cahill over his addiction problems and it was “unfortunate the level of addiction services was not where one would want it to be, notwithstanding the present financial situation”.

However, Limerick Prison was ahead of other places in that rehabilitation services were available there.

“I have heard some evidence of a drug debt and given Mr Cahill’s level of education and addiction, it is not surprising. There probably was a drug debt at play.

“He has a work history, but because of his skill he is one of those who have suffered through the economic downturn and that is not his fault,” said the judge. Jailing Cahill, Judge Teehan ordered that he avail of the Probation Services for two years after his release.

“I wish you well and I hope you turn your life around when you come out,” said the judge.