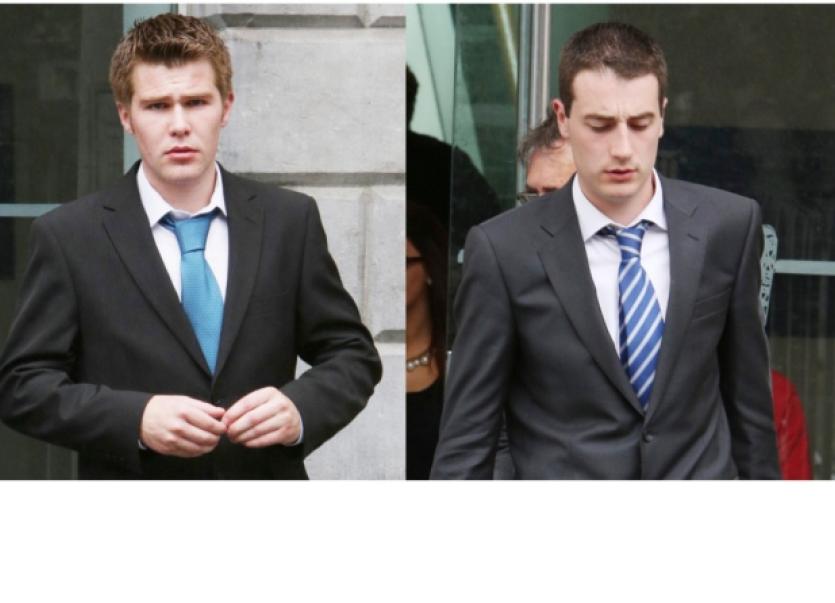 THE family of a young man who was knocked unconscious after he was punched in the head during a night out was told doctors did not know if he would wake from a coma afterwards.

THE family of a young man who was knocked unconscious after he was punched in the head during a night out was told doctors did not know if he would wake from a coma afterwards.

Limerick Circuit Court heard that Thomas Toomey, 27, of Old Cork Road, Mallow, County Cork sustained multiple brain injuries and a fractured skull when he was struck by a “flurry of blows” during an unprovoked attack at the square in Newcastle West.

Mr Toomey, who works as a financial adviser in Dublin, was punched outside a fast-food restaurant in the town at around 2.45am and his head struck the ground resulting in his injuries.

During a sentencing hearing, Sergeant Helena Carey said she and a colleague were on duty at Nash’s Lane in the town when they observed the incident.

She said she saw Alan O’Sullivan punch Mr Toomey, who “fell straight onto the ground”.

She said there was loud thud and that it was immediately clear the young man has suffered serious injuries.

An ambulance was called and Mr Toomey was initially treated at the then Mid Western Regional Hospital before being transferred to Cork University Hospital where he was placed in an induced coma and later underwent a craniotomy.

He remained in a coma for a number of days afterwards during which time doctors could not say if he would wake up and, if he did, warned he might be in a vegetative state.

Sgt Carey told Michael Collins BL, prosecuting, that prior to the incident Mr Toomey and his girlfriend had been eating in a the Superbites restaurant

She said while there a “group of lads” came into and began “slagging her over her weight”.

The court was told that after she threw a carton of chips at them, she was asked to leave the restaurant.

After she left the premises, Mr O’Sullivan approached her and poured a can of coke over her hair. Mr Shine, the court heard, was also in the vicinity at the time.

Sgt Carey said Mr Toomey did not react to the defendants and was “backing away” when he was struck up to 11 times.

In a victim impact statement, he said he continues to suffer some discomfort and that he found the experience of having to be cared for and washed in hospital degrading and demeaning.

He said he lost two stone as was unable to eat solid food or sleep properly for months after the incident.

There is still a hole in his skull as a result of the medical procedures and he said he feels pressure on the side of his head when he exercises.

Judge Carroll Moran was told the defendants come from respected families and that neither have any previous convictions.

Mr O’Sullivan, the court heard, comes from a farming background and works as an aircraft mechanic in Shannon.

Mr Shine is student at Limerick Institute of Technology.

Sgt Carey told the court that each of the accused men made admissions to garda following their arrest.

Lawyer representing the defendants said the incident had been out of character for them and that there had been a lot of alcohol consumed on the night.

A number of testimonials were submitted to the court in support of each of the defendants.

The judge noted that each of them had raised €10,000 in compensation with the assistance of their families.

He adjourned sentencing to July 29, next to allow him raise a further €10,000 in compensation.