Election candidate Sunny wants to ‘give back’ to adopted home 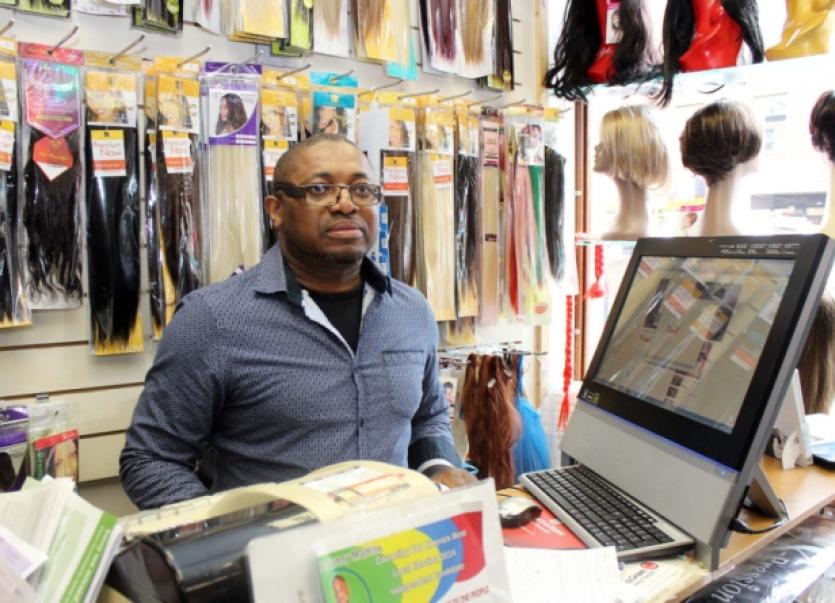 A BUSINESSMAN who emigrated from Nigeria to Ireland 14 years ago says he is running for Limerick City Council to give something back to the city which has welcomed him.

A BUSINESSMAN who emigrated from Nigeria to Ireland 14 years ago says he is running for Limerick City Council to give something back to the city which has welcomed him.

Like thousands of others in Limerick, Sunny Martins Duruagwu lost his job in Dell - in his case in 2006 - but “invested everything I had” in Meed Beauty, the hair and beauty salon he runs on Parnell Street.

He was the first immigrant to open a business on Parnell Street in 2006 but has since been joined by others who have helped breathe new life into that part of the city.

“My heritage is Nigerian but Ireland is my adopted country. I am an Irish citizen with Irish children. All my hopes, all my future lies in Ireland, a great nation. So it is time for me to come out and contribute positively to the development of the country and of Limerick especially,” said Mr Martins, a 41-year-old father-of-six.

Campaigning on issues including support for small and medium business, provision of sports facilities, housing, roads and crime prevention, Mr Martins is an independent candidate in Limerick City West.

Campaign manager Solomon Anumati said that since the recession, many migrants had gone back to education in the hope of re-entering the labour force in the coming years.

“To have even representation and contribute back to the society that has welcomed us, we have to put up somebody and that’s Sunny,” said Mr Anumati.

But Mr Martins stresses that he does not intend to be the voice of the new Irish alone. Neighbouring business owners and his Irish customers have all been wishing him well in his campaign.

“I’m not doing it only for migrants but for everybody. I very much appreciate all the Limerick people who have helped me. And if I am elected and people put their trust in me, I will represent them well. I promise you that,” he said.