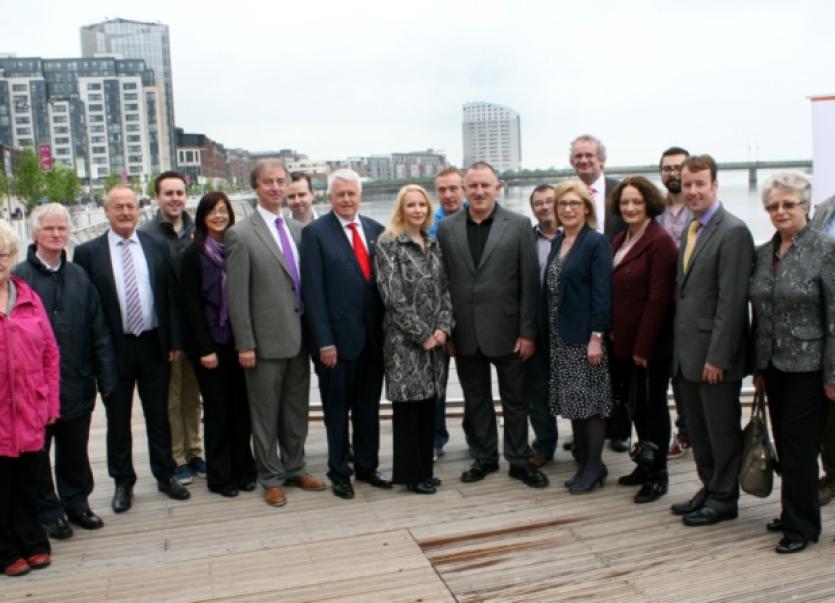 LABOUR may be struggling in the polls nationally but Minister of State Jan O’Sullivan is confident the party has the right mix of candidates to ensure a good performance in the local elections.

LABOUR may be struggling in the polls nationally but Minister of State Jan O’Sullivan is confident the party has the right mix of candidates to ensure a good performance in the local elections.

Speaking at the launch of the city campaign, Minister O’Sullivan declined to predict how many of Frankie Daly, Cllr Tomas Hannon, Cllr Joe Leddin, Derek Mulcahy, Elena Secas and Cllr Tom Shortt she expected to be returned.

“They are all excellent candidates. And while there may be a smaller number of councillors overall in the city and county, I want to see all six elected because they will all make fine councillors,” she said.

“We have a team of six really good, strong, community-based candidates in Limerick city, two in each area. We have a mixture of experience and enthusiastic young candidates.

“We have a new council now and one of the things we need most is solidarity and a commitment and a determination to work together for Limerick. There is huge potential in Limerick now and we have to drive that with the bringing together of the councils; with regeneration; with City of Culture; with the growing focus on building up the city centre; with the changes in Shannon Airport. All of those things bring real opportunity and we have to make sure we bring strong and committed councillors who will work together on all of that.”

That Labour was performing so poorly in the polls nationally was “a fact of Irish political life that the smaller party in government tends to get blamed.

“People who traditionally vote for us are on very tight incomes and when those incomes are squeezed, they find it very hard to pay their bills. We recognise that and that is why we are working very hard in relation to the water charges, for example, that there is protection for the most vulnerable.”

The Anti-Austerity Alliance are targeting Labour and Minister O’Sullivan accused them “and to a lesser extent Sinn Fein” of negative campaigning.

“They (the AAA) are clearly fighting for votes. But it is an entirely negative campaign. I haven’t seen one positive proposal of how they propose dealing with the difficulties. I have always been a politician who believes in positive proposals; in saying what you will do rather than what you are against,” said Minister O’Sullivan.