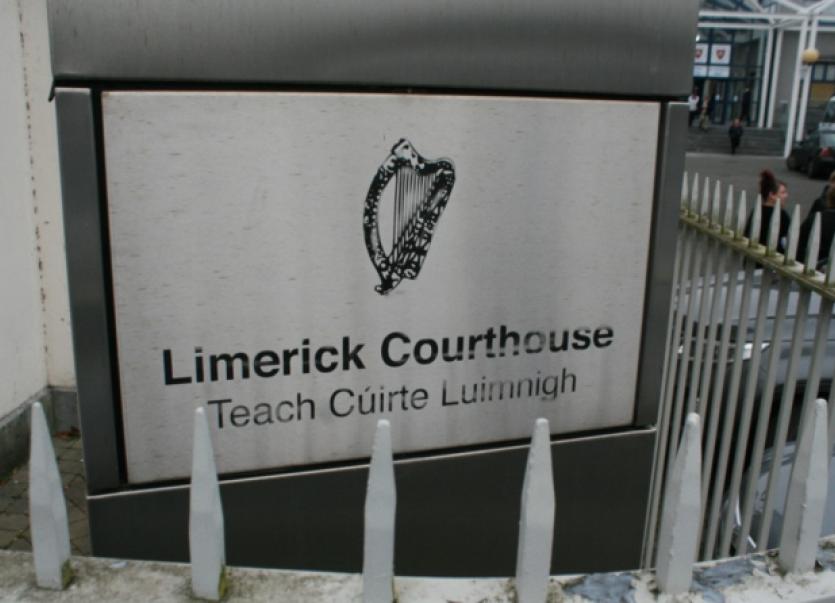 A LIMERICK city man who went on a drink and drugs binge while babysitting his 15-month old daughter had to be tasered three times by armed gardai following a tense stand-off, a court has heard.

A LIMERICK city man who went on a drink and drugs binge while babysitting his 15-month old daughter had to be tasered three times by armed gardai following a tense stand-off, a court has heard.

Garry Colbert, aged 41, who has an address at Lenihan Avenue, Prospect pleaded guilty to several charges relating to an incident at his ex-partner’s home in Cappamore last October.

During a sentencing hearing, Garda Roberta Guest said she and three colleagues responded to reports of a domestic disturbance at Mullally Lawn, Cappamore at around 1am on October 27, 2013.

She said when gardai arrived, the defendant had locked himself inside the house and that the child’s mother, who had contacted gardai, was outside.

The court was told a large number of people had also gathered in the area due to the commotion.

Garda Guest told Judge Eugene O’Kelly when she approached the front door of the house she could see that Mr Colbert had two large kitchen knives.

She said she established he had been asked to babysit his daughter earlier in the night as his ex-partner was attending an “X-Factor party”.

The court heard that while at the house, the defendant had drank ten cans of beer and half a gramme of cocaine while the toddler was sleeping upstairs.

When his ex-partner returned home, a row ensured and he threatened to kill her. “She was very distressed and in fear of her life,” said Garda Guest who added that the complainant was also intoxicated.

Judge O’Kelly was told that when Garda Guest approached the front door of the house, Mr Colbert told her to “go away” and that when she refused he became agitated and verbally abusive towards her.

“Nobody is coming into this house, I will cut their f**** heads off” Mr Colbert shouted.

Garda Guest described that when Mr Colbert did allow her to come into the house, she could hear the baby crying upstairs.

The defendant, she said, was waving the two knives aggressively and was repeatedly stabbing the walls and floor of the house. There was also blood on the floor of the hallway as Mr Colbert had cut himself.

Following several minutes of negotiations, Mr Colbert then agreed to allow his ex-partner into the house so that she could upstairs and comfort their child.

The court was told that tensions inside the house then intensified as Mr Colbert and his partner began verbally abusing and threatening each other using violent, foul and sexually explicit language.

Garda Guest described how she had to position herself at the bottom of the stairs in order to keep the pair apart while her colleagues kept others away from the house.

However, despite the efforts of the gardai, the argument escalated and at one point Mr Colbert attempted to force his way past Garda Guest.

“He was waving the knives and threatened to slit her throat. He ran towards the stairs shouting I’m coming up to murder you now,” said Garda Guest who added that she was in fear of her own life during the stand-off which lasted for over an hour before members of the armed Regional Support Unit (RSU) arrived and subdued Mr Colbert by tasering him three times.

Following his arrest,Mr Colbert was taken to Bruff garda station, where he co-operated fully once he calmed down.

“I’ve f**** things up, I’m looking at ten years for this,” he told gardai as he apologised for his actions.

Solicitor John Devane said his client had “been on a bender” for a number of days prior to the incident and that he deeply regrets his actions.

He said he was “extremely intoxicated” on the night but that there had been “goading” on both sides. “It started out as a domestic argument that got way out of control.”

Mr Devane said Mr Colbert has not been in any trouble since and that he is “now very friendly” with his ex-partner.

The court was told that Mr Colbert’s father was murdered in Limerick city almost 20 years ago and that he suffered a further bereavement which his young son died a number of years ago..

Mr Devane said his client is attending bereavement counselling and is attempting to deal with his drug and alcohol addictions.

Imposing sentence, Judge O’Kelly said both parents had “acted highly irresponsibly” on the night and he said Garda Guest and her colleagues had been subjected to a “potentially traumatic and lethal situation”.

He commended the actions of gardai for the way they handled the situation.

He sentenced Mr Colbert to a total of eight months imprisonment and he ordered the destruction of the two knives which he described as “extremely dangerous”.

An appeal against the severity of the sentence has been lodged.