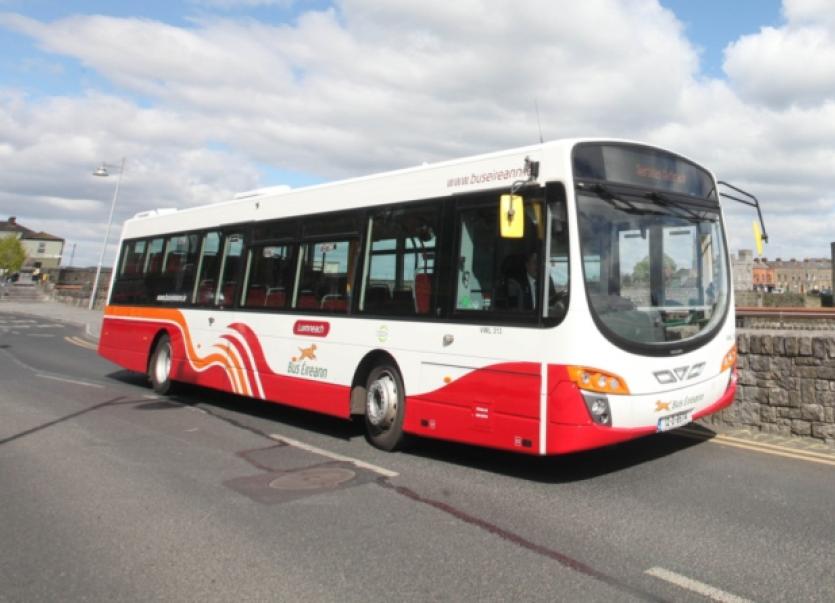 SHOCKED passengers on board a packed bus in Limerick were subjected to the sight of four young students running naked up and down the vehicle in an “extremely childish and immature” fashion, a court has heard.

SHOCKED passengers on board a packed bus in Limerick were subjected to the sight of four young students running naked up and down the vehicle in an “extremely childish and immature” fashion, a court has heard.

Details of the bizarre incident were revealed when a young man from County Tipperary pleaded guilty to public order charges.

Agricultural Science student Diarmuid Grant, aged 20, of Dromban, Upperchurch, Thurles pleaded guilty to behaving in a disorderly manner on the Bus Eireann bus while it was travelling on the Dublin Road on January 27, last.

The defendant, who was extremely intoxicated, also admitted behaving in an abusive and threatening manner towards gardai when they boarded the vehicle.

Judge Eugene O’Kelly was told there were around 20 other passengers on the bus which was the last bus from the city centre to Castletroy on the night.

Sgt Donal Cronin said the four students took off their clothes and were “streaking down the aisle” when the bus was stopped at a routine garda checkpoint.

Members of the traffic corps boarded the bus when alerted by the driver and asked the youths to put their clothes back on. The other three complied with the request but Mr Grant did not.

The defendant told the court he was in Limerick for the night visiting relatives and that he had too much to drink.

“I was very drunk, I know it was unacceptable and I will never do anything like it again,” he said.

Judge O’Kelly said the students had displayed the “height of immaturity” and he asked Mr Grant if had ever considered “streaking around a farmyard?”

He also quipped: “What if it was your Granny on the bus?”

However, after being informed by solicitor Sarah Ryan that her client had never been in trouble before and comes from a good family background, the judge said he was willing to give him a chance and will not convict him if he pays €300 to the court poor box by March 18, next.