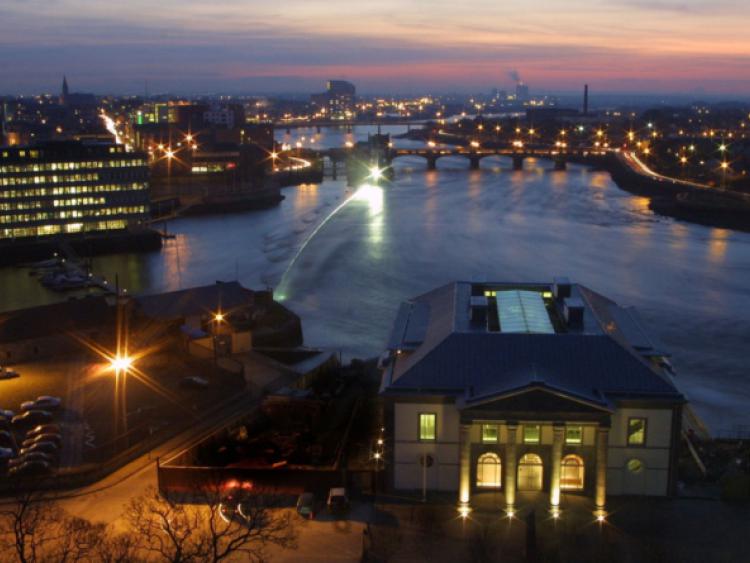 COUNCILLORS who voted against the renaming of the Shannon Bridge as the John F Kennedy Bridge have claimed that a political pact between other councillors led to the narrow 7-6 vote being passed yesterday.

COUNCILLORS who voted against the renaming of the Shannon Bridge as the John F Kennedy Bridge have claimed that a political pact between other councillors led to the narrow 7-6 vote being passed yesterday.

The public have also voiced their anger over the name change, but Cllr Pat Kennedy who proposed the motion said “it’s one of the happiest days” of his career.

Fine Gael councillor Jim Long said he voted against the proposal “on the grounds that it wasn’t what the people wanted”.

Some 107 submissions from the public were received on the proposed name changes of the bridge and Merchant’s Quay - which will now be known as Brian Boru Square - but he believes there have been an “orchestrated” campaign to secure submissions in favour of the changes.

“I’m not anti-JFK, but we already have a school and a housing estate named after him. This is a Kennedy agenda - a Pat Kennedy agenda,” he told the Limerick Leader last night.

“This was orchestrated, planned and meticulously executed, and I can’t stand over it,” he said.

Cllr Kennedy, however, said seeing his motion carried was one of the “proudest and happiest moments of my political life”.

He said he had hoped for a unanimous vote in favour, but four councillors whom he approached for support were absent, and said those who disagreed with him were engaging in “petty party politics”.

He said he did not approach the six councillors who voted against the proposal, and claims that the name change is in “the best interests of the city”.

“I’m delighted. I would like to thank the people of Limerick for their support. JFK was the first American president to visit Ireland during his term of office. It has great implications for the tourism business, and there’s a huge amount of potential there,” he said.

Cllr Kennedy added that he is researching his geneaology and believes he may be a distant relation of the famous Kennedy family.

He said he met with Jackie and Ted Kennedy on “several occasions”, and said his constituents recognise him as being a part of the “Kennedy clan in the wider dimension - an international name with global significance”.

A petition with 51 signatures supporting the motion also came from his electoral stronghold in Ballinacurra Weston, and he said these are constituents who have supported him throughout his 47 years in politics.

Fine Gael councillor Diarmuid Scully put forward a counter proposal to adjourn any decision on the renaming of the bridge and Merchant’s Quay until after the local elections in May.

He has argued that a protocol committee should be set up under the joint local authority to adjudicate on the renaming of any Limerick landmarks.

Of the 17 city councillors, 13 were present and standing orders dictate that 12 members of the council are required for a vote to be carried.

Cllr Scully, who voted against the proposal to rename Shannon bridge, said there were a lot of letters in support of the JFK bridge, including a petition with 51 signatures.

He is among a number of councillors who have made their opposition to renaming the bridge known.

The decision to rename Merchant’s Quay as Brian Boru Square took five minutes, while the vote on the JFK bridge took an hour to pass.

Sinn Fein councillor Maurice Quinlivan, Fine Gael councillors Jim Long and Denis McCarthy have also confirmed they were among the six to vote against the proposal to rename the bridge.

Cllr Kennedy had argued that JFK had close ancestral ties with Limerick, was a Freeman of Limerick and also visited the city during his 1963 trip to Ireland. He pointed out that President Kennedy had planned to visit again, until his tragic death in November 1963. Cllr Kennedy said he believes the council now has a “marvellous” chance to honour JFK, and in doing so, make an historic link with Mayor Frances Condell, who welcomed him to the Greenpark racecourse in Limerick on June 29, 1963, as the bridge connects with the Condell Road.

The public were invited to make submissions on the proposals, and these were considered at the meeting. Some called for the bridge to be named after Frank McCourt, Richard Harris, or Des O’Malley.

Independent councillor John Gilligan earlier disclosed his support for Merchant’s Quay to be named. “After all it was the Vikings that founded this city, but it was Brian Boru that built the city, including the magnificent cathedral that we have. I think it’s much more appropriate to have it called after someone of relevance to the city, from a historical point of view. Everybody has heard of Brian Boru, so it is a name that means something, whereas Merchant’s Quay means nothing,” he said.