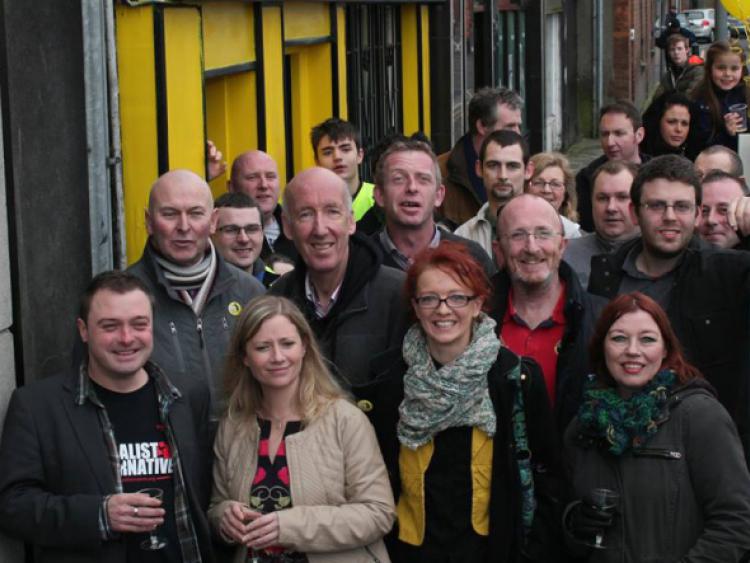 THE Anti Austerity Alliance, which is running nine candidates in the local elections, have opened a new headquarters.

THE Anti Austerity Alliance, which is running nine candidates in the local elections, have opened a new headquarters.

They will provide a drop-in centre for the candidates as they canvass in the hope of winning seats on Limerick City and County Council.

But as well as this, it provides the alliance with a place to mobilise volunteers.

The Anti Austerity Alliance - which has based its campaign on opposition to the controversial Property Tax and Water Charges - is running candidates across the city and county, as well as in Shannon Town.

All bar two have never stood for election before.

One of the experienced pair is Mr Harrington, who was elected as an independent councillor in 1991 and served as mayor in 1998/99.

This time, he is running in the Newcastle West area.

He said: “This is the first time we are involved in an election where we have a headquarters. This is totally new to me after all my years in that regard.”

Mr Harrington said unlike most independent candidates, who “provide entertainment down the line”, but are “no good when it comes to having a serious campaign,” the Anti-Austerity Alliance are different.

“There are 42 of us nationally, and that is a solid group, based not alone on people saying they agree with our policies, but they also have a record of having fought for those policies on the ground, organising protest meetings. The AAA are ordinary workers, people who are sick and tired of what is going on,” he said.

Cian Prendiville, who is running for the AAA in City North said they are targeting at least one seat in each ward.

In some areas, notably City East, they are running two candidates.

“We are fighting for at least one seat in each ward we are standing in. That would give us a sizeable block on Limerick City and County Council, as well as a strong presence on Clare County Council [where they are running candidates in the Shannon ward],” he said, “There is an awful lot of anger out there, and a group like this can tap into that anger.”

With larger parties set to pump huge resources into the local election campaign, Mr Prendiville says they will be giving the local electorate a history lesson.

“We are reminding people that Fianna Fail signed up to the water charges, and Fine Gael and Labour robbed the property tax from your wages,” he explained.

The alliance is seeking volunteers to help out.

If you are interested, you can pop into the offices in Locke Quay.