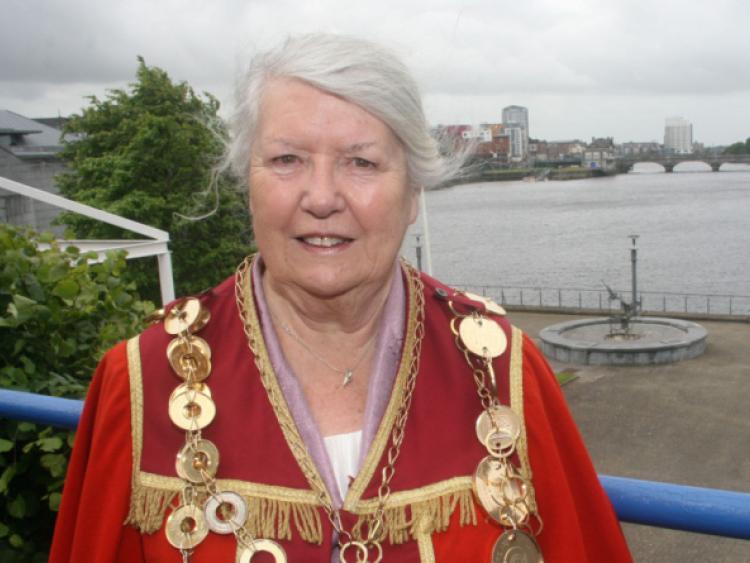 THE MAYOR of Limerick has denied that she was part of any political pact that allowed a contentious motion to rename the Shannon Bridge after US President John F Kennedy to be passed this week.

THE MAYOR of Limerick has denied that she was part of any political pact that allowed a contentious motion to rename the Shannon Bridge after US President John F Kennedy to be passed this week.

The vote to rename the bridge by Independent councillor Pat Kennedy has provoked outage in the city, and has led to calls for the decision to be reversed.

Mayor Kathleen Leddin pointed out that there was a public consultation process, with 107 submissions received, and said these “didn’t fall very heavily on either side”.

Asked if she was involved in any pact with Cllr Kennedy, she said: “Your questions amaze me and that is my answer. I certainly didn’t do any deal with anyone. We’re a city that is trying to be very, very positive. This seems to have been taken to a personal level that I can’t understand. There were certainly no deals done behind doors - with me anyway, I don’t know about anyone else.”

She pointed out that the proposal has been in the pipeline for some time, and said it was a democratically made decision following a “frank and full discussion”.

She said no decision has been made on funding to be allocated for the renaming of the bridge, and also that of Merchant’s Quay as Bria Boru Square.

Cllr Kennedy said he believes the renaming will “enhance the image of Limerick internationally”, but he has been accused of ‘arrogantly pushing a personal agenda’ though the council by those who voted against him and are now calling for the decision to be reversed.

The vote to rename the Shannon Bridge - which was opened by Charles Haughey in 1988 - was passed by seven votes to six.

Former mayor and Fine Gael councillor Diarmuid Scully said the way the vote was pushed through, after calls for further time to debate and also to adjourn the decision, was “appalling and has never happened before”.

“It was pushed through by a single vote. This was a departure from normal protocol, when previously we went out looking for a name. Here, a single name was being pushed without any consultation,” said Cllr Scully.

He added that the public reaction to renaming the bridge – across all platforms – is “overwhelmingly negative. The majority of people want it named after a Limerick person. This was forced through despite all the opposition. I am surprised that the mayor and others supported this. It seems there was some degree of whipping going on, but we shouldn’t conduct business this way.”

Sinn Fein city councillor Maurice Quinlivan, who also voted against the motion, said it was “very disappointing” that the council decided to change the name of the bridge in light of more pressing concerns facing the city.

“I believe and argued at the meeting that this decision would have no local support and that most people didn’t want this to happen. It would be divisive and cause a distraction which we didn’t need. Every single person who contacted me whether through social media, on the phone or in the street was opposed to this proposed decision.

He said it was “reflective of Cllr Pat Kennedy’s arrogance that he opposed a request to send the decision for further discussion and consultation. The councillors then voted on the proposal in full knowledge that many people in Limerick were opposed to this and wanted a local Limerick person honoured. This bridge renaming business is a total waste of everybody’s time. There are far more important things to be dealt with in Limerick right now. If I was Pat Kennedy I’d be embarrassed to have proposed this.”

Cllr Kennedy, who has his name on a plaque at both Shannon Bridge and Sarsfield Bridge, said that he is “doing this to enhance the image of Limerick locally, nationally and internationally”. Labour councillor Joe Leddin, who voted in favour, said “sadly this is not about the bridge being renamed after John F Kennedy, it’s being turned into a political vendetta by the Fine Gael party,” he said.

Five members of Fine Gael voted in against the renaming, along with Cllr Quinlivan (SF).