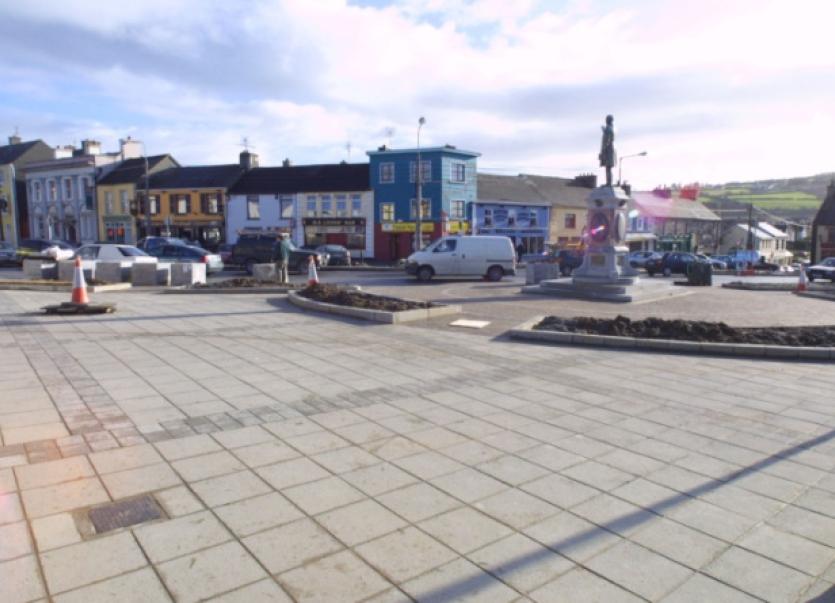 BUSINESS people and public representatives in Abbeyfeale are to meet with planners and map-makers in a bid to prevent the town’s Square and Main St being designated as a flood risk.

BUSINESS people and public representatives in Abbeyfeale are to meet with planners and map-makers in a bid to prevent the town’s Square and Main St being designated as a flood risk.

But local councillor, Liam Galvin, is now demanding to see the consultants’ report on which the flood designation is based.

The Square and Main Street are designated as a flood-plain in the draft Local Area Plan (LAP) for the town which went on public display earlier this month.

But, following a meeting called by the Abbeyfeale Business Development Association last Thursday, the pressure has mounted to secure a meeting with planners and with consultants before the deadline for submissions on March 10.

“We have asked for a special area meeting and to invite the senior planners from Limerick County Council as well as the consultants from JBM ,” Cllr Francis Foley told the Limerick Leader.

Meanwhile, Fine Gael’s Cllr Liam Galvin has demanded to see the report on which the flood-plain designation has been based.

“What is being proposed is off the wall,” he said. “I have asked for the detailed report of the survey carried out for Limerick County Council . But I believe there isn’t any such detailed report.”

“It beggars belief,” he declared. But he also questioned the cost of the survey to Limerick County Council. The OPW, he added, is undertaking a flood risk assessment and management survey for the entire country but the maps for these are not due until the autumn. How much will the OPW survey cost taxpayers?, the Fine Gael councillor asked. And how much will it cost to have the Abbeyfeale plan altered? “It is a massive waste of money,” he said.

Meanwhile, the business community and local representatives in Abbeyfeale are unanimous in opposing the flood risk designation.

“There is no incidence of flooding of the Square and Main St in living memory,” Cllr Foley pointed out.

He explained however that there was some concern among planners about a stream or land-drain to the rear of Main St.

However, he added, as long as nothing was thrown in to block these streams and they were kept cleared, he did not believe it posed any risk. And it did not warrant designating Main St and the Square as at risk of flooding.

Michael Lane, the chairman of Abbeyfeale Business Development Association, said the association will be making a submission on the flood-plain issue. And they intend to bring their own experts to argue against the flood risk designation when they meet with the planners and consultants.

“I will be interested to see what the outcome of that meeting will be,” Mr Lane continued. It was his understanding, he said, that the CFRAM survey carried out by the OPW would over-ride the one conducted by consultants on behalf of the county council.

But the difficulty remains as to what will be included in the Local Area Plan which is due to be completed by July - and the potential consequences for property owners in the town.

“Limerick County Council is coming out very badly out of this because people think it is a laughing stock,” Cllr Galvin said.