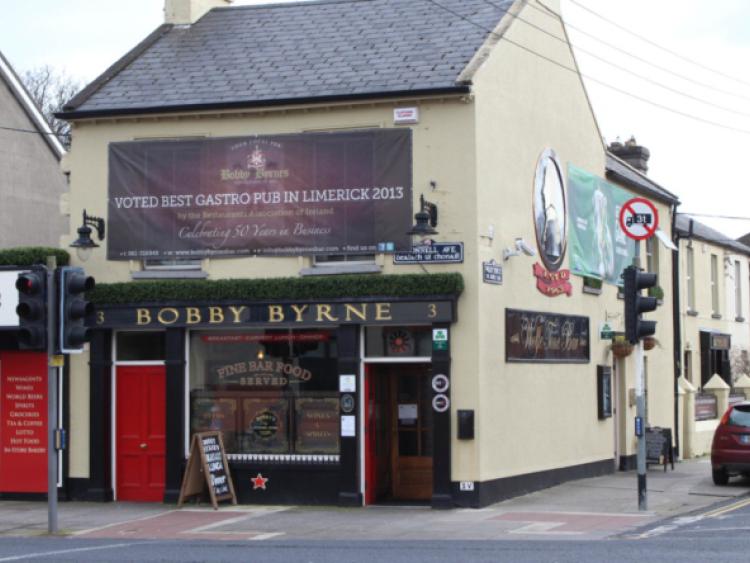 A LIMERICK city man who admitted stealing 11 kegs of beer from outside a popular pub in the city was sentenced to four months imprisonment.

A LIMERICK city man who admitted stealing 11 kegs of beer from outside a popular pub in the city was sentenced to four months imprisonment.

Sergeant Donal Cronin said the kegs, which were full, were taken from outside Bobby Byrnes bar on December 29, 2012 .

He said the defendant was accompanied by two other individuals and the court was told the kegs which were worth almost €2,000, were not recovered.

Sgt Cronin said he cooperated with investigating gardai and made admissions in relation to the offence.

When asked by Judge Eugene O’Kelly, he confirmed that none of the other culprits were apprehended.

Solicitor John Herbert said his client had acted as a lookout on the night and had not benefited from the criminal enterprise.

Describing the offence as a “ham-fisted affair” Mr Herbert said his client is no longer associating with the people he was hanging around with at the time.

Imposing a four month prison sentence, Judge O’Kelly commented that Mr O’Driscoll was “covering for his colleagues” and he said he allowed the theft to happened by acting as a lookout.

The judge also noted that no effort has been made to pay compensation to the publican.

Mr O’Driscoll, who has a number of previous convictions, received a separate eight month sentence after he pleaded guilty to charges relating to the theft of a large amount of copper from a commercial premises in the Ballysimon area in January of last year.

The court was told the defendant had admitted he was paid €100 after he brought some of the stolen copper to the United Metal recycling facility.

The judge suspended the prison sentence for two years.