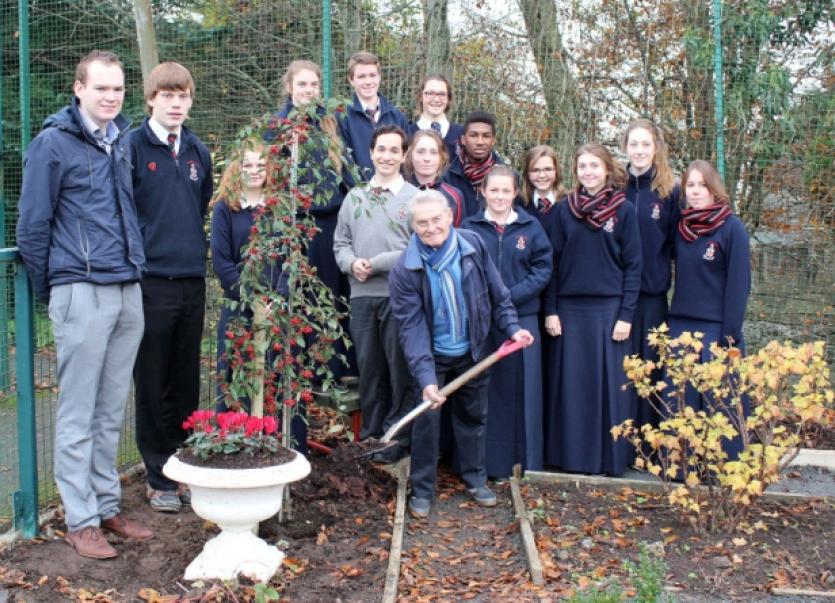 AFTER more than eight years on the road and speaking to over 50,000 secondary students, holocaust survivor Tomi Reichental shows little sign of letting up.

AFTER more than eight years on the road and speaking to over 50,000 secondary students, holocaust survivor Tomi Reichental shows little sign of letting up.

Approaching his 80th year, Tomi said that he would bear witness for as long as he had the energy.

Picked up by the Gestapo in his native Slovakia at nine years of age, he was taken to Bergen-Belsen concentration camp in October 1944, where he remained until its liberation by the British. He lost 35 relatives as the Nazis set about their genocidal plans.

“People try to deny the holocaust even today,” he said before addressing fifth and sixth years at Villiers Secondary School. “That is what I try to say to the students. You will go home and tell your parents. One day you will tell your children that you met a survivor. If somebody says one day the holocaust is Jewish propaganda, it is fantasy, you will be able to say no because you met somebody who was there.”

Tomi recalled that it was the Slovak Jews who were the first to be gassed in Auschwitz in 1942 but the Reichentals escaped that round of deportations as his father, as a farmer, was seen to be “of economic use” to Jozef Tiso’s puppet regime. It was after Tiso failed to suppress an uprising in August 1944 that the Germans occupied Slovakia and a new round of deportations began.

“We were the first transport from Slovakia - children, mothers and old people - that didn’t go to Auschwitz because the gas chambers were blown up on November 7, 1944. The Germans blew them up because Red Army was advancing. But we were on the way. We were on the train when the gas chambers were blown up. They didn’t know what to do with us. We were travelling seven days and ended up in Bergen-Belsen.”

Unlike Treblinka, Sobibor or Auschwitz-Birkenau, Belsen was not an extermination camp but a detention camp. But if Tomi had escaped being sent to Auschwitz, the horrors of that place still found him.

“When Auschwitz was evacuated, it was a huge camp with over 150,000 inmates and many of them came to Bergen-Belsen which became overcrowded from 25,000 to over 60,000 inmates. There was an epidemic of typhoid and people began to die in vast numbers, estimated at 500 per day during February and March.

“That is 15,000 a month and the crematoria couldn’t cope. The corpses were thrown in the open. This is what the British and (BBC’s) Richard Dimbleby found and Bergen-Belsen became the most notorious camp,” said Tomi.

Then there were the arbitrary murders, the daily punishments that were a routine of life in Belsen for this nine-year-old.

After the war, Tomi trained as an engineer in Germany. He bears no ill will towards the German people and proudly wears an Order of Merit presented to him this year by the German President for his work in reconciliation.

It was an English industrialist who persuaded him to move to Dublin, where he met his wife and raised three children.

But Tomi’s wife died without ever being told the full story of his experiences. Since that loss and his retirement he has been touring Ireland through the Holocaust Education Trust giving talks on the 20th century’s darkest episode. It was through teacher Philip Griffin that the Villiers visit was arranged.

While Ireland’s record in taking in Jewish refugees during the holocaust is “nothing to be proud of”, Tomi says he has never experienced anti-semitism personally in this country. He was aware of the posters that appeared on a bridge in west Limerick which attacked Justice Minister Alan Shatter - who is Jewish - and spoke of Ireland’s “Palestinian devastation”.

“We have to be careful because today the new Jews could be black people or Roma people and when you have a recession it is very easy to push the blame on foreigners - it can be a breeding ground for racism. We have to be very careful of that and I always say to the students that if you see somebody bullying somebody else about their background or beliefs, don’t be a bystander. Tell them it is wrong because that is how it all started with us. When it happened to us, nobody said anything and look how it ended.”

Schools interested in the work of the Holocaust Education Trust Ireland can visit HETIreland.org.