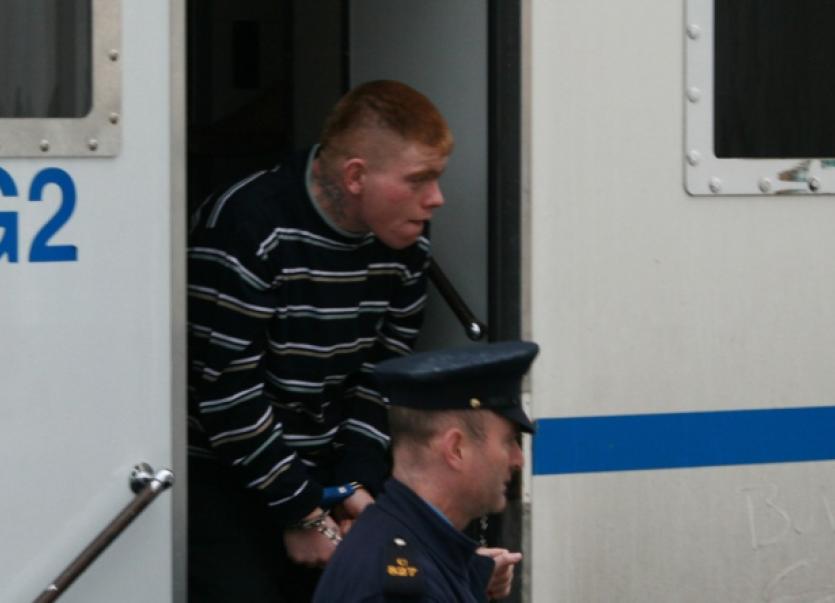 A YOUNG man who embarked on a month-long crime spree just eight months after he received a suspended prison sentence for a robbery offence was sentenced to two years imprisonment after the suspended sentence was activated.

A YOUNG man who embarked on a month-long crime spree just eight months after he received a suspended prison sentence for a robbery offence was sentenced to two years imprisonment after the suspended sentence was activated.

Last month, Stephen Grace, aged 21, who has addresses at Rhebogue Road and in Askeaton pleaded guilty, at Limerick District Court, to a number of theft offences - most of which happened during October 2012.

He admitted breaking into a number of buildings and to stealing hundreds of euro worth of property including handbags, cash and a mobile phone.

Following his guilty plea, the matter was referred to Limerick Circuit Court where he received a suspended two year sentence on February 10,2012.

That sentence was imposed in relation to a robbery offence which happened near the Parkway Roundabout in the early hours of January 24, 2011.

Judge Carroll Moran was previously told a man, who was confronted by a group of six people was knocked to the ground and held down by members of the group while others searched his pockets and took his wallet and mobile phone.

While the injured party was not physically injured during the incident he was terrified as he believed he was going to be stabbed.

Mr Grace was not the main instigator on the night.

Urging Judge Moran not to activate the suspended sentence, Eimear Carey BL said Mr Grace has not been in trouble for a number of months and she told the court he is “trying to grow up and become an adult”.

Activating the suspended sentence, Judge Moran said he had no choice as the accused man had “defied the court” by reoffending in the manner he did.

Mr Grace will be sentenced in relation to the theft matters in the New Year.