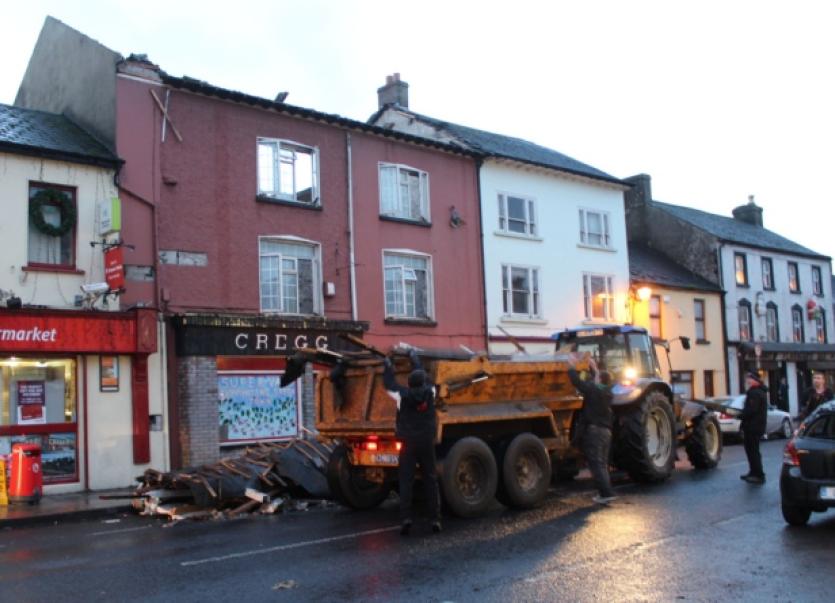 A NUMBER of people have been hospitalised after several buildings in Kilmallock were damaged by high winds this afternoon.

A NUMBER of people have been hospitalised after several buildings in Kilmallock were damaged by high winds this afternoon.

According to a number of locals a “mini tornado” descended on the town at around 3pm.

The roof of a vacant building near the Supervalu store was blown onto a car on which was parked on the street. Two people were trapped inside the vehicle for a period and had to be rescued by the emergency services.

In a separate incident, a galvanised shed was blown from the rear of a business premises onto Sarsfield Street around the same time.

The shed damaged a number of other buildings and a woman, who was hit by falling debris, was taken to University Hospital, Limerick as a precaution.

Members of the emergency services and engineers from Limerick County Council are on the ground in Kilmallock this evening and much of the town centre has been sealed off as the cleanup continues.

Elsewhere, motorists are being warned to be careful as there has been flash flooding across Limerick this afternoon.