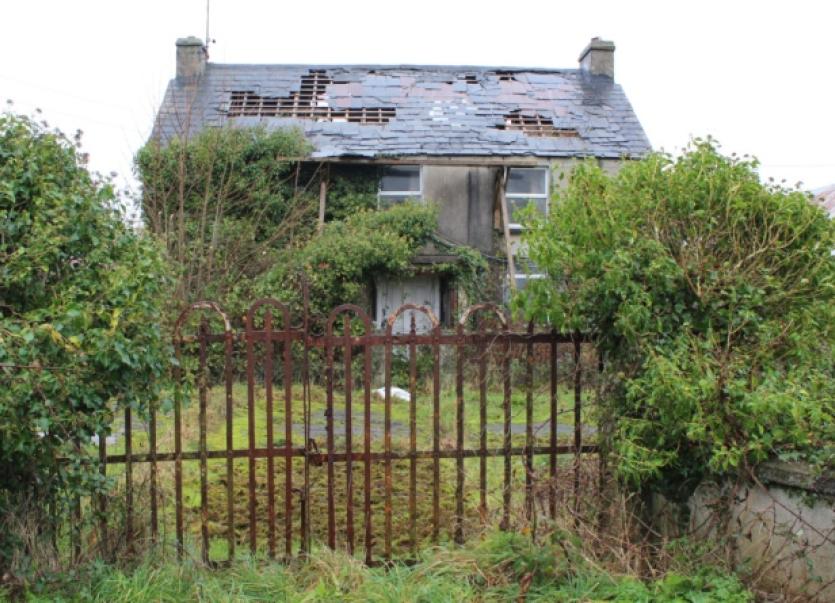 A WEST Limerick man has been ordered to vacate the farm of his deceased neighbour after his challenge to her will, which he claims he was unfairly written out of, was rejected in court.

A WEST Limerick man has been ordered to vacate the farm of his deceased neighbour after his challenge to her will, which he claims he was unfairly written out of, was rejected in court.

Michael Haugh, aged 67, of Ballintubber, Newcastle West claims that he had been promised the 31 acre farm of his neighbour, 83-year-old Joan Herlihy, before she was “unduly influenced” by a home helper to disinherit him weeks before her death in 2009.

However following an “emotive” two day hearing at Limerick Circuit Civil Court last week, Mr Haugh’s claim on the €235,000 property was rejected this Tuesday by Judge Tom O’Donnell, who also ordered that he remove all his property and animals from the farm within four months.

The case centred on Mr Haugh’s claim that he had a long-standing agreement with Ms Herlihy that he would receive the farm in return for taking care of her upkeep after her brother, Ned Herlihy, died in 1999. However the court heard that Ms Herlihy lived alone in such “appalling” conditions that the HSE had to intervene and place her in care in 2008. Mr Haugh was accused of being “land mad” and of “controlling” Ms Herlihy while allowing her to live “in a state of absolute dirt”. Mr Haugh claimed that Ms Herlihy was “rough”, had an alcohol problem, and was mentally unfit to make a will as she suffered from “senile squalor syndrome”.

In his ruling this Tuesday Judge O’Donnell said that the fact that Ms Herlihy was allowed to live for so long in a home littered with dog waste, rodents and household rubbish was a damning indictment of society.

“Despite the fact that we were dealing with the time of the Celtic Tiger and supposed prosperity, the deceased’s living conditions read like chapter of Angela’s Ashes.”

Ms Herlihy’s final will was drawn up on September 28, 2009 after she had moved to a new home in Dromcollogher after spending a number of months in HSE care. In it, Ms Herlihy directed that the Ballintubber farm, which she had bequeathed to Mr Haugh in previous wills in 2003 and 2007, should be sold and the proceeds divided up between her six nieces and nephews. She also left her Dromcollogher house to Rita Ruddock, her home helper, and gave a separate three acre field in Raheenagh to her friend, Peg Magnier.

Ms Herlihy died on December 10, 2009 but in February 2010 Mr Haugh lodged a challenge to her will, claiming that his caring for her and working the land entitled him to the farm.

Ciara Daly BL, acting for Mr Haugh, told the court last week that in Ms Herlihy’s final months she was manipulated by Ms Ruddock to write him out of her will despite a previous agreement “that she would leave him the land after her death”, which led him to spend between €105,000 and €250,000 on farm buildings and other works.

However in his closing argument last Thursday Emmett O’Brien BL, acting for the executor of Ms Herlihy’s will, solicitor Owen McMahon, said that over time Mr Haugh executed “a clear design to control a lady who was vulnerable”, and allowed her to live in terrible conditions while not paying her any rent for the land after 2000.

Mr O’Brien said that Mr Haugh placed Ms Herlihy “under his dominion” by giving her with a small weekly cash allowance instead of entering into a formal rent agreement. Mr O’Brien added that Mr Haugh was “a controlling and manipulative man” who allowed her to live in terrible, isolated conditions. “This man is land mad, land obsessed. He had little regard for the deceased.” Mr O’Brien also reminded the court that Mr Haugh had rejected an offer of €40,050 to settle the case in May this year.

Ms Daly, however, countered that “promises were made to the defendant by the deceased” that led to him spending time, money and effort building up the farm. She said that during two days of witness evidence, it was mentioned “several times” that it was Joan and Ned Herlihy’s intention to leave the farm to Mr Haugh, and that he had said that Ms Herlihy “always told me the land was mine”.

While Ms Daly acknowledged all the evidence about Ms Herlihy’s bad living conditions, Mr Haugh “appeared to be the only person that cared at all for the deceased” before 2008, adding that Ms Herlihy received “no visits” from any of the nieces and nephews she named as heirs in her final will.

The background of the case dates back to 1999, when Joan Herlihy inherited the estate of her brother Ned, including the house and farm at Ballintubber, after his death. However his estate was never fully executed as Ms Herlihy failed to pay taxes and other fees due.

Prior to Ned Herlihy’s death Mr Haugh, a neighbour, claims to have “spent most of my time on the farm, looking after cattle ... always working the land”. Following Ned Herlihy’s death Mr Haugh leased the farm and paid £1,500 rent to Ms Herlihy in 1999 and 2000. However in 2001 he stopped paying rent as Ms Herlihy “wouldn’t take any more of it”, and said that the arrangement then changed to one where instead of paying rent Ms Herlihy “was drawing money off me”.

In 2002 a meeting took place at the office of Patrick G McMahon solicitors in Newcastle West which involved Ms Herlihy, Mr Haugh and solicitors Owen McMahon, John Molyneaux and the late Garry McMahon. In this meeting Ms Herlihy requested that half of Ballintubber be transferred to Mr Haugh to allow him to build a cattle shed on the farm.

The court heard that Garry McMahon was “shocked” and “taken aback” at this request, and told Ms Herlihy that it would be “imprudent, unwise and improvident” to give away her assets for free. “Before she left, Garry told her if she wanted it done elsewhere, she could. But we wouldn’t do it”, Owen McMahon said.

In 2003 a potential transfer was discussed and was again refused, which Mr Molyneaux said caused Mr Haugh to become “quite irate”. Before leaving the office Mr Molyneaux said that Garry McMahon warned Mr Haugh not build anything on the land, as it was not his. However in the following years Mr Haugh built a steel shed and walls, installed gates, re-seeded fields and carried out a number of works to the property.

In July 2008, following an inspection of Ms Herlihy’s home by the HSE, she was placed in care and eventually moved into a home she owned in Dromcollogher that had been refurbished in early 2009. Ms Herlihy began receiving home help from Rita Ruddock, and various witnesses gave evidence that her health and wellbeing subsequently improved.

In February that year Ms Herlihy re-established contact with McMahon solicitors, and in September Mr Molyneaux was asked to draw up her final will, which was signed on September 28. Ms Herlihy died on December 10, 2009 as a result of a heart problem.

In his ruling this Thursday Judge O’Donnell said that there was no evidence that Ms Herlihy was mentally unsound at the time of making her will, and also rejected the suggestion that Ms Ruddock had unduly influenced her, stating that all the evidence suggested that Ms Ruddock looked after the deceased “in an exemplary manner”.

Judge O’Donnell also rejected the suggestion that Mr Haugh’s building and other work on the farm had left him at a financial loss, and therefore gave him a right to the land. The judge said that Mr Haugh had not produced a single receipt detailing his expenditure, despite having claimed at various points to have spent between €105,000 and €250,000 on the farm. However the judge pointed out that during this time he was in receipt of “several thousands of euros” in farm payments, while Joan Herlihy “derived absolutely no benefit from the farm income” while “living in appalling conditions”. He added that Mr Haugh had been advised not to carry out work on the property “but ignored this advice”.

The judge said that some of the language used by both sides during the dispute, such as labelling Mr Haugh “a land grabber” and Ms Herlihy as an alcoholic, was “emotive” and “not very helpful”. However he said that Ms Herlihy’s 2009 will was sound and legal, and ruled against Mr Haugh.

Emmett O’Brien, BL, said that Ms Herlihy’s estate would not be seeking their costs against Mr Haugh. However Ciara Daly BL, acting for Mr Haugh, successfully cited precedent that led to Judge O’Donnell awarding Mr Haugh his costs out of the proceeds of the estate.

Following an application by Mr O’Brien, Judge O’Donnell ordered that Mr Haugh vacate the farm within four months. While he will be allowed to remove cattle and other movable property from the farm, Mr Haugh will not be allowed to remove the steel cattle shed or any other buildings on the estate.