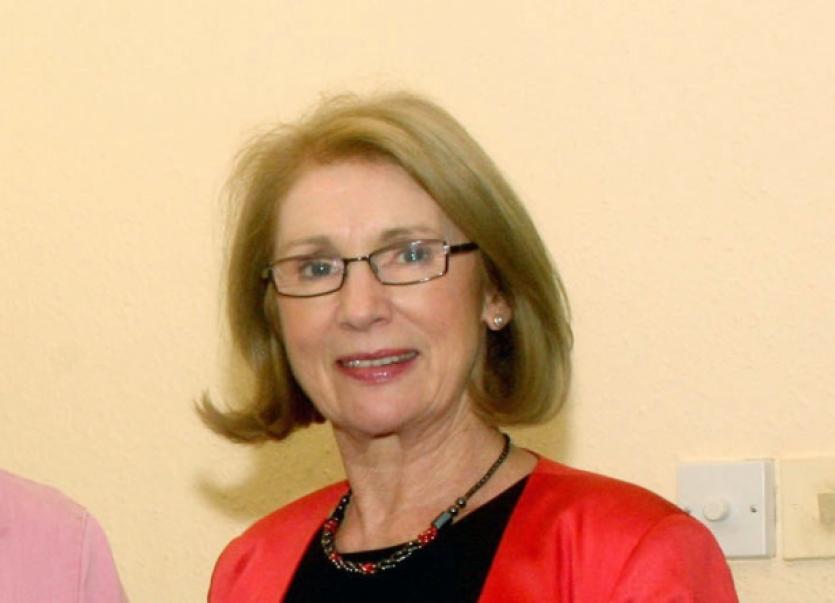 MINISTER of State Jan O’Sullivan has said there is no truth to speculation that her son Paddy is being lined up to run for a seat on Limerick’s new-look local authority.

MINISTER of State Jan O’Sullivan has said there is no truth to speculation that her son Paddy is being lined up to run for a seat on Limerick’s new-look local authority.

And the Labour TD has defended Eamon Gilmore after the party’s record in protecting the vulnerable was attacked by Cllr Joe Leddin.

Rumours surfaced last week on the politics.ie website that a new political dynasty could be in the offing in Limerick and that Paddy O’Sullivan would put his name forward at a selection convention for the local elections.

“I think you will find there is absolutely no basis to that - unless he is not being upfront with his mum,” said Minister O’Sullivan in response.

She also disagreed with criticism of the party leadership from Cllr Joe Leddin, who works as Minister O’Sullivan’s parliamentary assistant.

“We are not protecting, as I believe we should be, those who we purport to represent: families trying to rear children; elderly people; disabled people; the vulnerable and more marginalised than ourselves,” Cllr Leddin said.

“I don’t agree with what Joe is saying,” said Minister O’Sullivan “but he is a separate person to me.”

“We are governing in extraordinarily difficult circumstances and many of us in government hate having to make to decisions we are making. But the troika are still in the country and we have what will hopefully be the last troika budget coming up this month.”

Restoring the minimum wage cut under the previous government had been a key measure Labour had insisted upon in protecting the low-paid while Minister O’Sullivan said the party had also worked hard to maintain core social welfare rates.

“I’m not saying that we haven’t done anything we didn’t want to do but we have managed to do an awful amount of protecting of the vulnerable, certainly compared to other countries like Spain or Portugal,” she said.

On jobs, Minister O’Sullivan pointed to figures showing there were almost 3,000 fewer people on the live register in Limerick now compared to three years ago.

“That means more people are working, more is coming into the tax pot and we will be able to spend money providing services to people with disabilities, on hospitals and schools and so on.”

“Nine months into 2013 the economy is growing and on a national level we are creating approximately 3,000 new jobs per month. As a government we are determined to maintain this momentum,” she stated.

“I am also anxious to see the social clauses that we announced as part of the Regeneration Implementation Plan kicking in over the coming months. Social clauses have the capacity to provide work and training opportunities to people in Limerick and I want to see that happen as soon as possible as new projects begin.”