Model trucks and tractors valued at €6,000 stolen ahead of national show 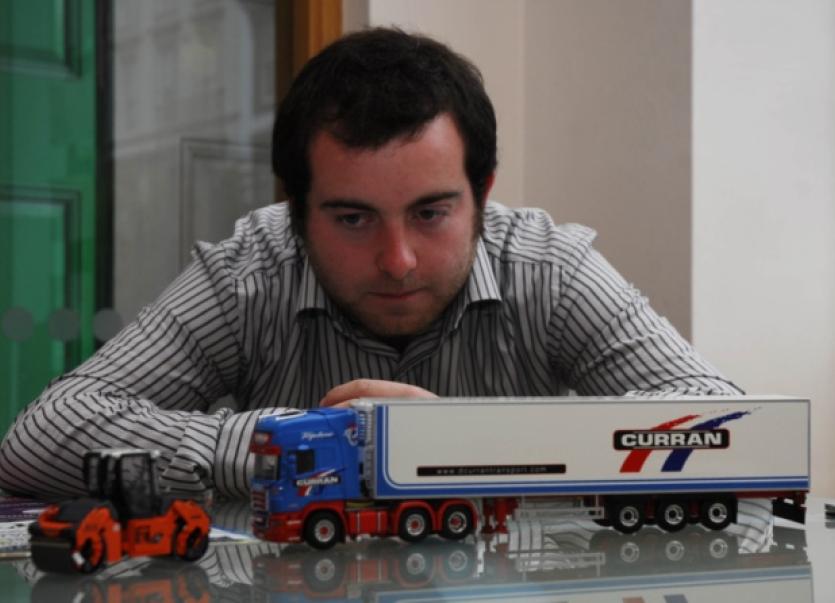 A LIMERICKMAN who had model trucks valued at €4,000 stolen has bounced back to jointly run Ireland’s first national diecast and hobby show this weekend.

A LIMERICKMAN who had model trucks valued at €4,000 stolen has bounced back to jointly run Ireland’s first national diecast and hobby show this weekend.

Mark Tierney, Caherconlish and Ray Elliot, Galway are organising the event in Punchestown Event Centre this Saturday and Sunday, October 12 and 13.

He says they were taken from the venue - South Court Hotel - after midnight on Sunday, September 15. All the proceeds from the show, which he organises, go to Limerick Animal Welfare.

“Between me and an other man about €6,000 worth of model trucks and tractors were taken. My ones were all trucks and trailers, which hook on to the back of units. There were over 100,” said Mark.

The stolen trucks are made by WSI which is a highly respected brand name amongst collectors. They are made from metal and the exact liveries of real life models are intricately replicated.

Roxboro gardai are investigating the crime and anybody with any information is asked to contact them on 061 214530.

Mark wasn’t going to let the criminals stop him having a trade stand at the national event and he spent €7,000 to replenish his stock of model trucks.

“It’s a lot of money but you just have to drive on. I could have gone through with the show but I wouldn’t have been able to have my own stand to sell stock so I had to buy more in time,” said Mark.

Now he is all set for Saturday and Sunday.

“There is a great vibe around it. It is a first for the island of Ireland. It is going to be a day for the collector and for the whole family. There is something for everyone. We’re expecting big crowds from around the country due to the central location and parking is free,” said Mark.

It begins on Saturday at noon and will be opened script writer Ryan Dior of Coronation Street fame, who will give talks on the importance of hobbies.